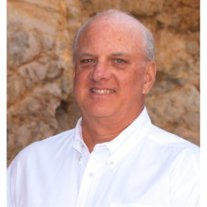 He was born April 22, 1951, the beloved son of Frederick H. and Ethel G (Berrie) Koedel in Natrona Heights, Pennsylvania, a suburb of Pittsburgh.

Bob graduated in 1969 from Leechburg Area High School where he was active in the marching band playing the trumpet. He graduated from Robert Morris University in 1973 with a Bachelors degree in Business Administration. Bob worked during high school and college at a local car dealership. His passion for cars led to a life long career in the automotive industry working first for Ford Motor Company and then with Nissan North America until his retirement in 2012. His career took him and his family on a journey across much of the United States living in 14 different locations, but Bob considered the Orange County area “home”.

Bob married Linda Dorsey, the love of his life and everlasting sweetheart, on November 2, 1974. They had two wonderful sons, Douglas and Michael, who also live nearby.

Outside of work, Bob enjoyed golfing, spending time with his family and many Nissan friends, as well as delighting in the antics of his young grandchildren. All of Bob’s family and friends were very important to him, especially his devoted wife Linda, his sons, their wives, and his grandchildren to whom he was “Grandpa” or “Pop-Pop.” No matter where Bob lived, he was an avid Pittsburgh Steeler fan proudly wearing black and gold and glued to the television on game days.

Bob was a man dedicated to his family and passionate about his career. He touched the lives of many people and was loved and respected by all who had the privilege of knowing him.