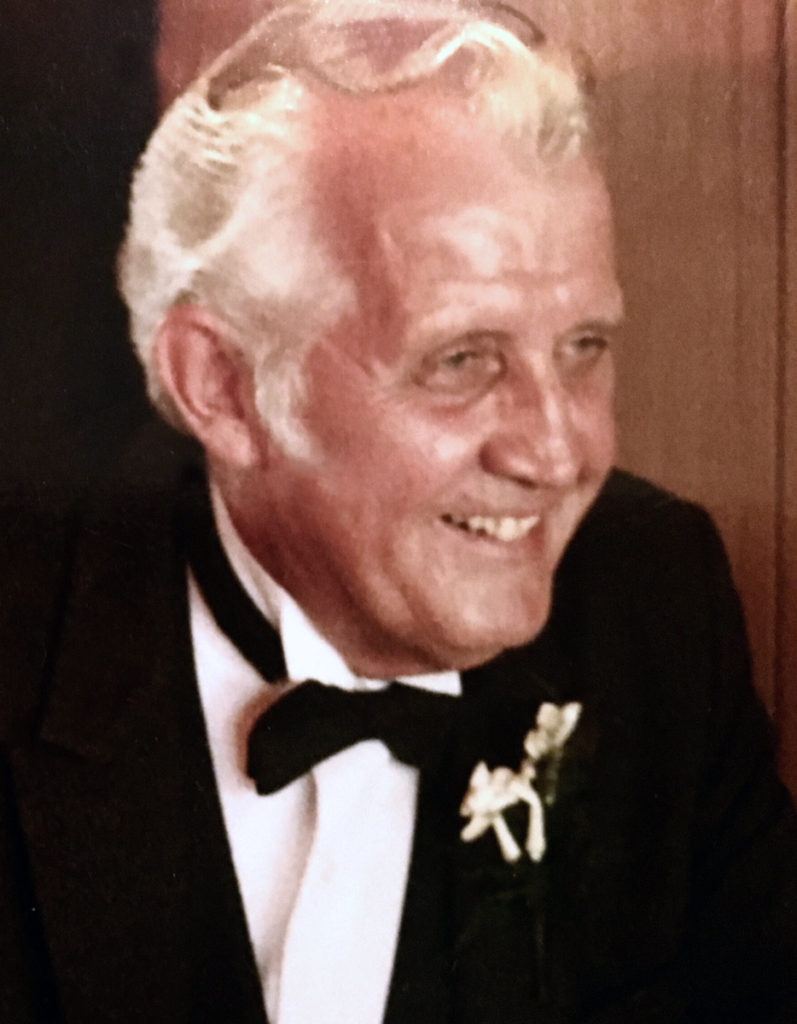 Ralph Oscar Schulte passed away peacefully on January 8, 2019 in Mission Viejo. Ralph was born in St. Louis, Missouri on October 1, 1925, the fourth of five sons to Erma and Christopher Schulte. He is survived by his wife Mary Ellen, their 12 children, 32 grandchildren and 21 great grandchildren. Ralph attended St. Mary’s High School in St. Louis before joining the US Navy to serve in WW II. He was aboard the USS William M. Hobbyon the Inland Sea of Japan as it cleared the area of naval mines in preparation for the arrival of US occupation troops. After the war, he earned a business degree from St. Louis University and married Mary Ellen in 1947. His employment in the moving truck industry brought their growing family to Itasca, Illinois and then to Indianola, Iowa. From there Ralph moved his family out to Fullerton, California, then to the San Francisco Bay area and later back to southern California, where he would live the rest of his life.

A devout Catholic, Ralph put his family first. He relished watching his children grow up, get married, and have their own children. Sports came next — he loved watching baseball, especially his beloved St. Louis Cardinals. His house on Saddleback Drive was home to many generations of family and friends who will always remember his generosity, his steadfast character and the impeccable timing of his wisecracks.