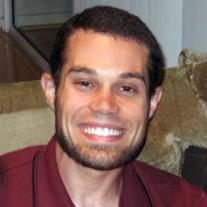 Jeffrey David Griffiths, 27, of Dove Canyon, California, passed away on September 27, 2011. He was born on August 27, 1984 in Long Beach, California. Jeff was a devoted son, brother and friend. His life would seem too short to many, and those who were touched by him have been forever blessed.

Jeff grew up in Mission Viejo and Dove Canyon, California. He attended Trabuco Hills High School. Jeff graduated from the Orange County Sheriff’s Academy in March, 2007. He graduated from Santa Ana College with an Associate degree in Criminal Justice and from Santiago Canyon College in August, 2011 with an Associate degree in Liberal Arts. Jeff was currently enrolled at California State University, Dominguez Hills, earning a Bachelor of Science degree in Applied Studies.

Jeff was an active member of the Masonic Fraternity (Saddleback Laguna Lodge). He was initiated on September 16, 2010 as an Entered Apprentice, passed on February 17, 2011 onto Fellow Craft, and was raised on April 28, 2011 to Master Mason.