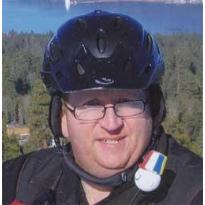 Jay Otto passed away on March 29, Thursday evening in the comfort of his home surrounded by his family- Father Jim and Mother Bette Otto and sister Christine Otto. Jay leaves behind a wife Barbie Otto, and four sons Jay Jr., Noah, Tyler and Daniel.
Jay was the VP of Technical Services for Zumasys Inc. He will be greatly missed by his customers, vendors and just about everybody who came in contact with him.

Jay was also a Volunteer ski patroller for 23 years for Snow Summit. His dedication was recognized with numerous awards including a National Appointment, which is the National Ski Patrol’s most prestigious award.

Jay fought a nearly 18-month battle with Melanoma. He was courageous to the end and remained a constant source of inspiration to us all. Jay’s calm, steady personality was a source of comfort to his family, friends, and co-workers.
Services will be held at Saddleback Church on April 5th. His ashes will later be scattered by the family at some of Jay’s Favorite places.