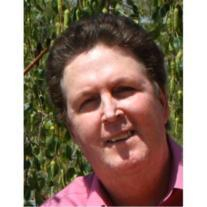 William Raymond Nieves, 61, of Aliso Viejo, CA, beloved son, father and brother, died on January 8, 2013, He was born on February 28, 1951 in Los Angeles, CA to Kathleen Condon and William Nieves.

Bill is survived by his mother Kay; his son Will; sister Susan Pantages and brothers Mike and Chris, along with eight nieces and nephews. Bill built a successful CPA practice in San Diego before moving to Orange County in 2009. His departure was much too soon and he will be remembered for his love of family and friends.