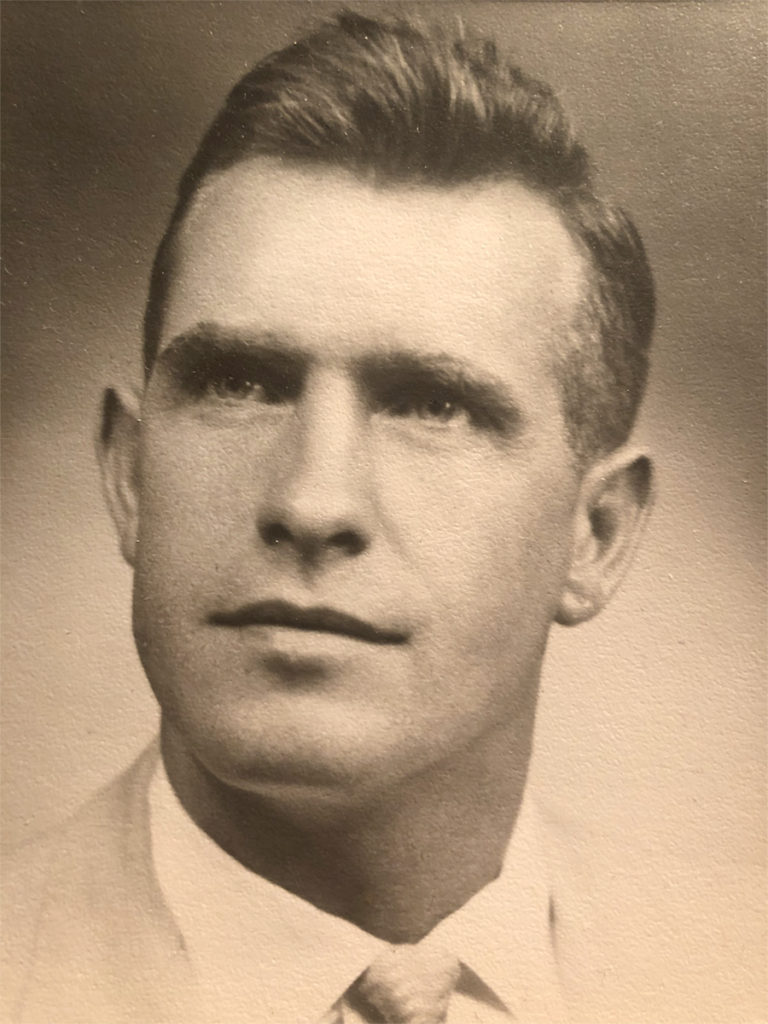 Bill was born on December 3, 1930 in Back Moone, Kildare, Ireland, where he learned the true meaning of hard work and sacrifice on the family farm. As a youth,  he was full of life, becoming a champion sprinter, a budding entrepreneur and a generally curious lad. At the age of 17, Bill volunteered for the British Army. He was a part of the Royal Engineers corps, also commonly known as Sappers, and was stationed in the north of Africa. As part of the Royal Engineers, Bill specialized in military engineering that included amongst other duties the construction of bridges. Bill served in the British Army for nearly six years.

Subsequent to his duty and after a brief time in London, Bill immigrated to Toronto, Canada. While there, he developed his life long passion for the sport of ice hockey. Staying only a short time in Canada, Bill then came to California, where he worked as a machinist for a company called Menasco that manufactured airplane parts.

In 1963, Bill met Dolly at a dance in Los Angeles. Six months later, in February 1964, they were married. The newlyweds lived in Glendale and eventually Monterey Park, where they resided when son Tommy was born in 1971.

Around this time, Bill and Dolly purchased an apartment building in Alhambra. Bill managed the building for several years and was masterfully adept at improving and restoring the property, as he would also go on to do for several other properties. This became his profession. In 1975, Bill and his family moved to San Gabriel, California, where they enjoyed many happy times. And, in 1987, Bill and Dolly decided to move the family south to San Juan Capistrano, which would be Bill’s longtime and final residence. His house and particularly his backyard in San Juan Capistrano afforded Bill the opportunity to spend countless hours on his hobbies. Bill loved to be outside.

Bill adored the most recent additions to his family, including his daughter-in-law Emily who he admired greatly for, among other things, their shared ability in mechanical ingenuity. He was also very excited to meet his first grandchild, Genevieve, in February 2017. Contrary to his rough exterior, he carried a picture of Genevieve everywhere he went and was glad to tell anyone in his presence about her. While Bill’s health had become poor prior to the September 2019 birth of his grandson William, named after him, he was surely pleased by this development as well. Bill’s final smile was in response to seeing his grandchildren.

Bill possessed a sharp wit, photographic memory for numbers and calculations, and a skill for writing custom poems, which he regularly included in family greeting cards. He also had an affinity for and kindness towards animals. Bill doted over several cats and dogs, including a stray cat named Max who he fed every morning for over a year in Dana Point harbor until he eventually adopted him. Bill’s dogs Sandy, Sally, Moosie, Sally II and cats Rascal, Captain, Pete and Max, were cherished pets over the years.

While Bill also enjoyed a good joke or a laugh like any Irishman, his defining characteristic was his toughness. A man’s man who never back downed from anyone or anything, Bill lived on his terms. He demonstrated courage whenever it was called upon, including his last years during which he fought until the end. He will be missed dearly by the many he touched throughout his life.