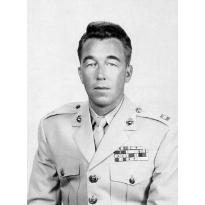 After a brave battle with cancer, Bill Keith passed away peacefully at home on July 22nd.  He leaves behind a loving wife, three children who consider him their hero, and five grandchildren.

Born in Oakland, California, in 1923, he enlisted in the Marine Corps during World War II and served in the Pacific.  After marrying the love of his life, Betty Graham, in 1948 and finishing his college education at the University of South Carolina in 1949, he returned to the Marines as an officer.  He served in Korea and numerous other duty stations in the United States and overseas, eventually retiring from the Marine Corps as a Lieutenant Colonel in 1968 and returning to California.

After a second career in banking and retirement financial services, he retired again to travel and to become the mainstay of the local dog park with a series of Great Danes and several long-term canine boarders at his side.

A memorial service will be held at 1pm on Saturday July 26th at  St Margaret’s Episcopal Church in San Juan Capistrano.  He will be buried with full military honors in a private ceremony at the Riverside National Cemetery.  Donations in lieu of flowers may be sent to the Irvine Animal Shelter or to the Pet Project Foundation in San Clemente.