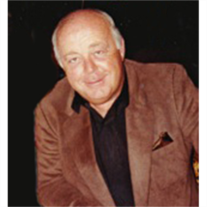 Wesley Ray Theriault passed away on Sunday, December 10, 2017 with his lifetime partner of 35 years, Barbara, at his side. Wes was born in Havre, Montana and was the youngest child of Donald and Marie Theriault. Wes graduated with an Associate in Arts from Cerritos College (while working at Western Auto for his dad), and proudly received a Bachelor of Science from the University of Southern California (USC) School of Engineering as well as successfully completing USC’s Space Technology Summer Institute. Wes began with Douglas Aeronautics & Astronautics as a Flight Crew Instructor for the Gemini and Apollo space craft, training them on “Fly by Wire” and zero gravity operations as well as being the lead instructor on in-flight power system, including Fuel Cell Technology. Wes also had a long career in the growth of the computer industry with Seagate Technology, Xerox, Scientific Data Systems, and the list goes on. Wes was one of the developers of the Dual Density Disk Drive, led the implementation of computer peripheral interface standards for hard disk drives, developed the first double sided floppy disk drive, and co-authored the first comprehensive book on streaming technology for computer peripherals and video recording. Wes co-founded 3 successful computer peripheral companies, one of which exceeded $750 million in annual sales. He was a 2-time recipient of Orange County’s Entrepreneur of The Year award and was the executive in charge of the computer industry’s first successful use of independent sales distribution channels. Wes wasn’t just an amazing engineer, he was a people person and he was creative, using that creativity to put together successful marketing programs.

Wes loved golf. He enjoyed sharing his enjoyment of golf with people, both friends and strangers who became his friends. He had been a member at Bear Creek Golf Club in Temecula for a number of years. A couple of years ago Wes was able to take a special trip to Florida with his best friend Terry to the World Golf Hall of Fame where they created great memories which included playing the 3 courses in St. Augustine, as well as TCP and Sawgrass. Over his years of golfing he had 5 holes in one.

Wes was a lovable teddy bear. He cared and looked after those he met. He didn’t know the word “negative”, didn’t accept “can’t do”, believed in giving, caring and helping a friend or a stranger who would end up becoming a friend.

A Celebration of Life for Wes will be held at Strawberry Farms Golf Club in Irvine on January 4, 2018 at 4pm. If you knew Wes and would like to attend, please send an email to barbarahogan.bh@gmail.com. In lieu of flowers, please make a donation to the USC Viterbi School of Engineering (Office of Annual Giving, 1150 South Olive Street, S#1510, Los Angeles, CA 90015) in the name of WESLEY RAY THERIAULT.