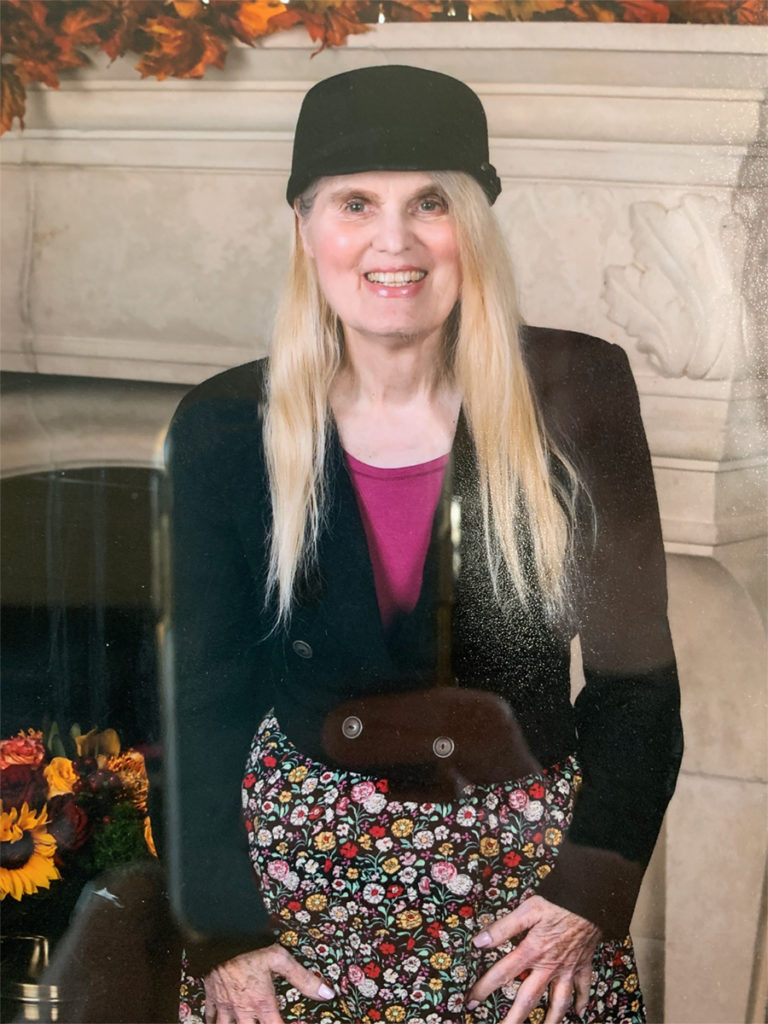 On December 29, 2020, Trina Kay Lane Austin Simmons passed away from the progression of Alzheimer’s Disease at the age of 78.

Trina was born to Henry Lee Lane, Jr. and Charlsie Carter Lane in Richmond, Virginia on June 13, 1942. Her first few years were spent in Derby, Virginia- a small coal-mining one-road town in the Appalachian Mountains of Southwestern Virginia. The town had a four-room schoolhouse, a church, and the coal mine at the end of the road. Trina’s father worked in the Accounting Department of Stonega Coke and Coal Company and Westmoreland Coal Company for over 40 years. Trina’s grandmother, “Big Mother” was her teacher for 1st and 2nd grades in the schoolhouse. Her family soon moved to the larger town of Big Stone Gap, Virginia and she became a big sister to her younger brother, Henry Lee Lane, III. It was there that Trina grew up and became a big sister to 4 more siblings. At 6 years old, Trina had a dream to be a doctor. Some people encouraged her and others dissuaded her, saying that it wasn’t a job for women.

Trina’s interest in music started at a young age. She learned to play piano from her grandmother and mom, who played in the local Methodist church; she also sang in the church choir. Additionally, she played tenor saxophone in her high school marching band. Trina was selected to attend Virginia Girls All State in 1959 and she was the salutatorian of the 1960 graduating class at Powell Valley High School.

Trina earned scholarships to attend Emory and Henry College in Emory, Virginia. She then attended The Medical College of Virginia in Richmond, Virginia where she was one of only eight women graduates out of her class of one-hundred students. Through her resilience, diligence, and persistence, she overcame many obstacles and succeeded in achieving her dream to become a doctor. In doing so, she became an inspiration to many other young women scientists.

Trina moved to Southern California for a summer internship at Harbor-UCLA Medical Center in Torrance, California where she met, and eventually married a year later, Dr. Robert C. Austin. They lived together in Richmond, Virginia where she finished medical school. After earning her medical degree, they moved back to Southern California. They had a son, Todd, in January of 1970 and a daughter, Robin, in September of 1971. Additionally, Trina served an internship and her pediatric residency at Orange County Medical Center /U.C.I. and she was a resident at Children’s Hospital, Los Angeles for her subspecialty training. In 1974 she was named St.Mary Medical Center’s first pediatric hematology-oncology fellow.

After Robert Austin and Trina separated, Trina and the kids moved to Laguna Beach in 1977. Trina started a private practice for pediatric hematology and oncology in Santa Ana, working with Children’s Hospital of Orange County.

It was in Laguna Beach that Trina met and fell in love with her soulmate, Robert Lee Simmons, in 1978. He became a part of Trina’s family and helped to raise her children. They were a beautiful, blended family along with his daughters, Meredith and Susan Simmons.

After many years dedicated to her private practice in pediatric hematology/oncology, Dr. Trina K.L. Austin decided to join Family Health Practice (later Talbert Medical Group) in Fountain Valley, California and began practicing general pediatrics at Orange Coast Memorial, Children’s Hospital of Orange County, and Fountain Valley Regional Hospital where she practiced until she retired in 2014. During her tenure there she had the honor of serving various positions, including Chief of Staff at FHP Hospital for 2 years, Chair of Pediatric OCMMC for many years, and Chair of Pediatrics for Talbert Medical Group for 7 years. She was a devoted, dedicated physician who imparted her joy for life on her patients and their families.Trina also wrote and published two children’s books, HemoGlobin and All Aboard the S.S. Nutrient.

After many years together as partners and traveling much of the world, Trina and Robert Simmons wed in 1996. Together their smiles could light up any room. They continued to love the ocean, the mountains, traveling to Italy, music, food, wine, and art for many years together until Robert’s passing in May, 2019.

Despite being a hard-working single parent, Trina always found time to pursue her creative passions. She nourished her soul playing piano and painting. She passed on her passion for music and fashion to her grandchildren. As a mother, Trina was her children’s best friend and the woman that taught them to be independent, work hard, be their best selves, be loving, and do good in this world. Her son and daughter were with her during her last week and days of life as she transitioned peacefully to be with the love of her life. Trina’s spirit will live on in so many ways with those of us who knew and loved her. Her sweet smile, her heartwarming personality, and her affection will be missed.