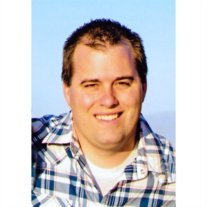 Travis John Petersen died Aug. 5, 2013 in an automobile accident. He married Royah Askar Petersen, and they have three children: Samantha, Maryam and Benjamin. He is the son of Jim and Barbara Petersen.

Born in Orange, Calif., on Sept. 2, 1981, Travis was the seventh of eight children – David, Bryan, Scott, Kristen, Sharon, Kevin, Travis, and Nicole. He graduated from Aliso Niguel High School and later served a mission for The Church of Jesus Christ of Latter-day Saints in Madrid, Spain. He earned a bachelor’s degree in business from California State University, San Bernardino, and an MBA from the University of La Verne. After working in various management positions at UPS for over five years, he was currently working in logistics management for Kohl’s at a distribution center in San Bernardino.

For the first six years of his life his family lived in Westminster, and in 1987 they moved to Laguna Niguel. Travis was a very happy child. He shared a room with his brother Kevin and, for a time, with Kingston — their Dalmatian. The beat and break dancing associated with albums such as Michael Jackson’s “Thriller” captivated Travis’s imagination from a very early age. He played soccer, and learned to skate backwards and in circles playing street hockey in front of his house. His favorite sport was volleyball, a pastime he played not only at an intercollegiate level but continued enjoying well into adulthood.

Royah and Travis met in Provo, Utah, while attending college. They moved back home to California. They married in the LDS San Diego temple in 2005. They were blessed with three beautiful children: Samantha Lynn, 6 years old; Maryam Belle, 4; and Benjamin Gavin, 18 months. Travis poured his heart and soul into fatherhood and it showed, as he was his children’s favorite person. He could often be seen lugging around his little ones in one arm like over-sized footballs. His signature activities with the children included backyard campouts on the trampoline, tickle attacks, making up stories at bedtime, and coaching the girls’ soccer teams. Travis lovingly dedicated himself to managing Maryam’s Type 1 juvenile diabetes around the clock, including 3 a.m. blood glucose checks each and every night.

In their first years together the young couple lived in places like Yucca Valley, San Bernardino and Rancho Cucamonga. During this time Travis encouraged Royah to pursue her education and accomplish her goals. From 2009-13 they owned a home in Hesperia. Their family had just moved to Redlands to be closer to his new job with Kohl’s.

He never met a cheesecake he didn’t like, and his favorite food was chicken alfredo. Despite his burgeoning career in corporate America, Travis also possessed an entrepreneurial streak: He successfully sold furniture and cleaned carpets, and dreamed of opening an indoor bounce house for children.

Travis was the kind of son any parent would love with unbounded pride. He was a loyal and generous husband. Through his children he leaves an indelible legacy of love and service. Travis will be missed beyond understanding by all who knew him, lived with him, loved him, cared for him, worshiped with him, and worked beside him. That shy smile will be forever in our hearts.