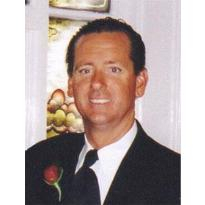 With sadness and regret we are announcing the death of our beloved Todd Abel. Todd died unexpectedly Wednesday night November 5, 2008.

Todd was born in Pomona, California May 28, 1968. He attended high schools in Laguna Hills, and Walnut Creek, California. Todd was an outstanding athlete with major interests in Football, Track, Baseball and Surfing. He graduated from Las Lomas High School in 1986, and continued his education at San Diego State University where he majored in Political Science and was a member of the Sigma Chi Brotherhood.

Todd married the love of his life, Teresa Barnes in 1993 and welcomed a baby girl Madison Marie in 1995. Four years later, the Abel family grew with the addition of his son, Cooper Wilson. Todd longed for a third child; his prayers were answered with the birth of Elise Kathryn in 2003.

Todd chose to dedicate his life to the service of others when he became a volunteer firefighter for Station 24 in Mission Viejo in 1987. Todd’s career path in the fire service led him to Los Alamitos Joint Forces Training Base Fire Department where he was promoted through the ranks to the position of Fire Captain. Todd was loved and respected by his brothers in the fire service for his hard work, dedication, humor and kind spirit.

Todd took pride in the fact that he dedicated so much of his time to coaching his children and nephew in little league baseball, and soccer. Todd also enjoyed and valued his time with his father/daughter activities in Indian Princesses. His true passion was the ocean. Todd cherished time surfing with his children and spending long days at the beach. Todd’s spirit of kindness was ever present in everyone he touched. His heart was as big as the sea, may he enjoy beautiful sunsets in Heaven.

Todd is survived by many who loved him including: his wife Teresa; and children, Madison, Cooper, and Elise. Todd also leaves behind his mother Diane Milano; brother John Abel; sister Kathy Foell; nieces, Christine and Bailey; and nephews, Bryan, Blake and Tucker. Todd will be missed by all who knew him, served with him, and loved him.

Services will be held to celebrate his life at 10:00 a.m. on Thursday, November 13th, 2008 at St. Edwards Catholic Church in Dana Point. Reception immediately following ceremony.

In lieu of flowers there has been an account set up for the children of Todd Abel; those who wish to give are asked to contact: