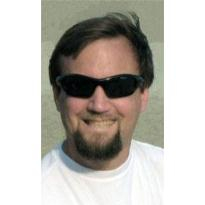 He had an enjoyable career with Home Depot, where he was a dedicated Assistant Manager from 1993-2007. He was a role model who was liked and respected by everyone. He was an avid motorcycle and NASCAR enthusiast, but his true love was his family.

Tom is survived by his loving partner/wife of 16 years, AJ Egan, his three and half year old twin daughters, Jenna and Katie Egan, his mother, Linda Obermoeller, his father, Thomas Egan Sr., his sister, Teresa Mullen, his mother-in-law, Vicki West, his father-in-law, Neal West, his brothers-in-law, Gene and Doug West, and many other dear friends and family members. Tom was dearly loved by many and will be deeply missed by all.

The family would like to thank everyone for their generous support.

An Interment will be held on Monday, February 19, 2007 ~ 2:00 P.M. at Riverside National Cemetery, Staging #1 with Honor Guards in Riverside, California.