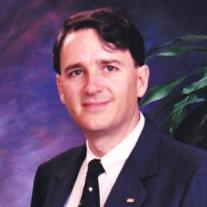 Thomas G. Bennett, 58, of Mission Viejo, California passed away on Wednesday, January 11, 2012, after a struggle with cancer. He is survived by his wife Carol Bennett (nee Kolberg) and son, James. He was preceded in death by his parents, Robert and Lolita Bennett; his brother William Bennett; and his brother-in-law, Guy Kolberg. He is survived by five sisters-in-law and three brothers-in-law, and many nieces and nephews.

Tom was born and raised in Elgin, Illinois and attended Elgin Community College and Northern Illinois University. He worked many jobs, ending with a 26-year career as the Director of Service at Mitsubishi Motors North America.

He had many interests and hobbies throughout his life. He was an avid reader, enjoyed riding motorcycles and restoring vehicles, collected comic books, enjoyed photography, and most recently, took guitar lessons.

His laughter and wit will be missed by all who knew him.

A memorial service will be held at O’Connor Mortuary in Laguna Hills on Thursday, January 19, 2012 at 10:00 a.m. Please sign the guestbook on Tom’s memorial page at www.oconnormortuary.com.

Donations may be made to Friends of the Library in Rancho Santa Margarita, the American Cancer Society, or Second Harvest Food Bank.