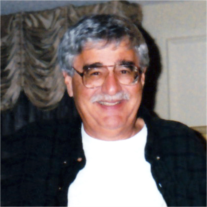 Tom was born on January 13, 1935, in Columbus, Ohio, and grew up in various locations, ultimately settling with his mother, Margaret Twentyman (nee Cuzzell, known to everyone as “Grandma Margaret”), in Asbury Park, NJ. He enjoyed spending time with cousins, hanging out at the beach and going to sporting events.

Tom met his (first…and only) wife Paula while they were both working at Strawbridge’s; they married one year after their first date, on June 17, 1961, in Philadelphia, and started a family in Somerdale, NJ before following a job west to California in 1978. Tom graduated from the Wharton School of Business in 1971 and began a career in the early days of the information technology era, ultimately spending a majority of his time on the tech side of the healthcare industry, where he built lasting connections that remain strong today. He didn’t stop there, starting consulting ventures and becoming a tax preparer with H & R Block and a counselor for Consumer Credit Counseling after retirement.

He was preceded in death by his mother, Margaret; his in-laws Paul and Catherine Cretaro (Mana and Papa to most); and, his sister-in-law Cathie Gabel. He is survived by his loving wife of 55 years, Paula (nee Cretaro), and their children: Paula (Joe) Twentyman, Thomas (Bret) Twentyman, James Twentyman, Andrew (Kim) Twentyman; grandchildren Nikki (Nick) Glaser, Chrissy (Spencer) Arcino, Michael (Jolynn) Samuels and William Samuels; and great-grandsons, Ethan Michael and Grayson Thomas. He is also survived by his brother-in-law Ralph (Maria) Cretaro as well as many cousins, nieces and nephews in Maryland, Pennsylvania, New Jersey, South Carolina and elsewhere.

Tom was known for a dry humor, quick sarcasm and inappropriate jokes at his end of the dinner table. He loved to spend time gardening in the backyard, and was particularly proud of the results. He often had more produce than he knew what to do with, always happy to share with friends and family who stopped in. His daily routine usually included having his coffee, reading the paper(s) and doing the various puzzles. He was an avid reader, often making trips to the library and used book store and frequently passing books around the family. In recent years, he made it a pastime to handily beat family and friends at Words With Friends. Most evenings he could be found at his bar with a cocktail (at 5 o’clock, or 5 o’clock somewhere…), cheering on his Philadelphia sports teams (Go Eagles! Phillies!) or at the computer managing multiple fantasy league rosters and football pools, some for over 20 years! The “One-Winged Eagle” will be missed.

In his own words, Tom didn’t need to do anything special in these last few weeks. What he liked best was his daily routine, being at home with Paula, and spending time with family and friends; he took great happiness in the lives of his children and grandchildren and the adventures of friends near and far. He and Paula spent many an afternoon on the iPad, scrolling through Facebook and swiping through pictures and videos posted to the family cloud albums. He especially got a kick out of being able to keep in close touch with his first two great-grandbabies using FaceTime!