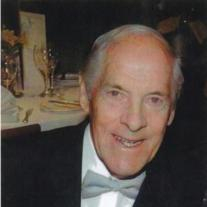 George was born in 1930 in the very north of Sweden and was the youngest of 9 children. He was a twin but sadly his twin brother died as an infant. Times were very tough for George and his family as he grew up. Their family home burned down when he was 3 years old. His parents struggled every year to feed and clothe everyone. After George completed his schooling he went to work as an apprentice at a young age, to learn his trade.

George’s mom was a Christian and because of her influence George accepted Christ as his Savior at the age of 14. A few months later he was baptized in water and then when he was 18 he received his baptism in the Holy Spirit. The word of God was and has always been his mainstay and big interest. One well known song that describes George’s life attitude and faith well says this, “To God be the Glory great things He has done”.

At the age of 23 he emigrated to Canada, and then two years later emigrated to America to his dream destination of Southern California. He found work quickly and worked for many years for painting contractors in the Swedish-American church where he worshiped. It was also there that he met Dorcas whom he married in 1959.

Soon thereafter he got his contractors license, and built up his own business as a painting contractor. In 1973 they moved south to Orange County. Eventually he started, or was ‘drafted’ into, the business of faux finish. Here he really found his niche as he was able to extensively use his artistic talents in this line of work. His reputation spread by word of mouth, and soon he had a waitlist of clients desiring his services, that remained until his retirement. He was THE Master Craftsman in painted finishes, and known for his ability as an artist and craftsman. People found out that he was a man of his word and his customers loved him and treated him so nicely.

His love of church showed in his service as a board member, usher, and greeter wherever they lived. Being a founding member at South Coast Christian Assembly was a challenge and blessing that he so thanked God for. George was a very generous man. He would always say “It’s more blessed to give than to receive”.

In 2005 George and Dorcas moved out to the desert to finally retire. It was overdue since George was 75 at the time and had worked so hard all his life. George loved it there, and it was seldom too hot for him. He loved the mountains all around, especially with snow on them. A glorious sunset was a real treat for him.

George was well traveled. Over the years he has visited a hundred countries plus some island groups. He loved the adventure and the opportunity to take great pictures. His final destination obviously is beyond compare.

George was a happy, thankful man, considering himself blessed beyond his wildest dreams. He was always a can-do man and a tireless worker. He was quite a story and joke teller, and loved pulling someones leg.

To God be the glory for a life well lived!