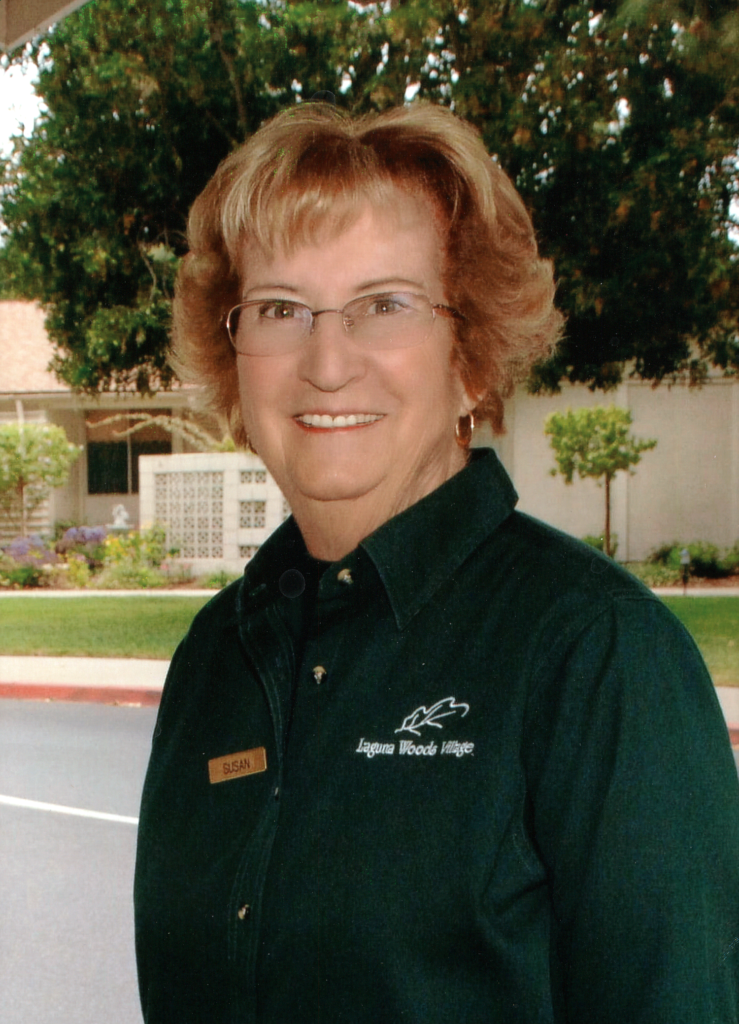 Susan journeyed home to be with the Lord on November 10, 2021, following a recent cancer diagnosis.  Born in Huntington, West Virginia, June 4, 1932, to Thomas Stephens Burns and Dorothy Gotham Wood Burns. Susan loved life and was active until very recently. She was a daughter of the American Revolution (DAR) and spent her early life in the northeast US, mainly Rhode Island as her father was in the U.S. Engineers Department.  Summers were spent on the family boat “Suntan” with her beloved family dog Ginger on Narragansett Island.  Winters were spent skiing in the Vermont and New Hampshire mountains.  Adventure called when her father took a civil engineering job in Argentina, where she attended two years of high school. A later job took the family to Cartagena, Columbia.  After two years she returned to Massachusetts and attended Lexington High School and graduated in 1950.  Next, she attended a liberal arts college, Westbrook Jr. College, in Portland, Maine.  She graduated in 1952.  After college, Susan worked at Brooks Brothers, Raytheon, and began her long travel career at Thomas Cook and Company, which proved to be a lifelong passion.

The family moved west, to southern California, where opportunity knocked and Arthur opened the new office for Emerson and Cuming.  Daughter Diane was born in 1961.  Raising two active kids along with family get-togethers kept Susan occupied.

Another career change ensued with the move to Littleton Colorado in 1965. Arthur took a job at Martin Marietta, and Susan attended Arapahoe community college, worked, raised the now three kids, and loved the many trips to the mountains on weekends (Grand Lake, Twin Lakes, Leadville, Durango).  Son Paul was born in Denver in 1966.  A passion for ethnic folk dancing began, and followed the couple for their entire lives.  The chaotic winters kept Susan’s eye on California, and in 1969 the family moved to Mission Viejo, CA.

Susan’s passion for travel blossomed as she worked at agencies in Laguna Beach, Laguna Hills, and Laguna Woods. Familiarization (aka “Fam”) trips were fun, as she journeyed with other travel agents and learned about destinations for her clients (Bali, Egypt, Europe, China, Australia, etc.), but the real fun was to escort cruises all over the world. The cruising lifestyle suited Susan and Arthur well as they participated in over 100 cruises during her career.  She was an active board member at professional organizations (PATA, APTA), and was in the top 25 for cruise sales in the country.

Educational pursuits persisted with classes at Saddleback College such as astronomy, theater appreciation, and travel classes. Family trips to the Old Globe Theatre in San Diego to take in Shakespeare plays, as well as her favorite zoo were not uncommon. Susan and Arthur loved their late afternoon beach trips to Laguna Beach followed by an evening of folk dancing.

As a lifelong animal lover, Sue welcomed several special cats into her home, starting with the wild Xa-nab, then Tigger (a 3-legged cat), and finally the long-lived Rascal, her orange Tabby who provided her with companionship.

Preparing delicious food for her family was also a favorite activity featuring such favorites waffles and buttermilk pancakes that could float away (always served with crisp bacon), American chop suey, spam on toast, tuna cream open face sandwiches, and lobster dinners for Christmas.  And everyone remembers her delicious Chocolate Chip Cookies made from scratch, especially on rainy days.

Football was a passion like no other. How she begrudgingly spoke of the frigid tundra of attending Air Force Games in Colorado; another story she shared often was how they were offered money to attend a Denver Broncos game in the bitter cold for a movie, and she said NO WAY! But in sunny Southern California with Arthur and family, she loved going to the   Saddleback College Gauchos football games. She loved to travel to their away games, pretty much attending every game each season from 1969 through the ’90’s. One special year was when she cheered on the Gauchos to an undefeated season to become National Champions in ’92. Arthur and she would do the same comedy routine many times where Arthur would yell “Give the ball to Calhoun! “and Sue would yell “He doesn’t want the ball.” She always loved it when her son Paul would bring a van load of intellectually disabled adults to games which she called the “Dream Team.”

Sue also participated in sports herself and was an avid tennis player.  She challenged her way to the top of the Mission Viejo recreation center tennis ladder.  Over time, she grew to love watching the pros travel the world circuit much as she did as a travel agent.  She pulled for the US players, but “Roger” always remained her favorite.

Following Arthur’s passing, she jumped into new activities, including the Newcomer’s club in Southern OC where she participated in many activities that took her back to the ocean she loved so well like sailing, motor boating and attending musicals and plays. She also loved her Opera Class and regularly attended operas both in person and live-streamed at the local movie theater.  She kept physically active through her senior years through her pool class.  She was an avid reader, especially of mystery novels that she acquired through the library and used book stores.

Susan is predeceased by husband Arthur Joseph Giguere and sister Sali Folsom; and is survived by son Tom and wife Glenda and grandchildren Emma and Elizabeth of Kapolei, Hawaii; daughter Diane Giguere Squyres and husband Shannon and grandchildren Brenden, Colin and Calliah of Irvine, California; son Paul and wife Alicia and grandchild Zoe of Boerne, Texas.

A graveside service was held at Ascension cemetery on December 18, 2021. A celebration of life was held on the same day at daughter Diane Squyres residence. A memorial donation may be made in Susan’s name to your favorite pet shelter. Arrangements were handled by O’Connor Mortuary.