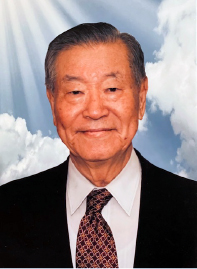 Sun Ha Kim: A Nature Lover, A Musician, and A Family Man

Our beloved dad, devoted husband, and awesome granddad, Sun Ha Kim, passed away peacefully on April 4, 2022 at the Pacific Haven Sub-Acute Healthcare Center in Garden Grove, California, surrounded by loved ones. He was 89-years-old.

Sun was born March 30, 1933 – second oldest of six children between Wan Joong Kim, father, and Ok Soon Lee, mother. After Korean War he studied political science at Yonsei University in Seoul. In 1957, he came to the United States and continued his study at Amherst College in Massachusetts and at University of Pittsburgh, where he met the love of his life, Kui Nam Rhee. They married in 1962 and would have celebrated their 60th wedding anniversary on April 14th this year.

They made Chicago their new home where he worked as the Director of Research in the Department of Public Aid in Cook County. In 1969, he moved his family, including four children, to Seoul, Korea, where we lived for 13 years before returning to the States in 1983. Professionally, Sun worked as a marketing specialist at several Korean and U.S. companies.

Following his retirement, the Laguna Woods Village became central to Sun’s life, where he found new friends through the Rod and Gun, Video, and Topic Masters Clubs. It was his utmost joy to serve as the designated photographer for our family and many Club events. Sun was also a consummate writer and published numerous essays in Korean and English. Singing with his karaoke machine, savoring good food, reeling in fish, whistling to hummingbirds, and running across the tennis court were his other passions.

Sun wrestled with Christian faith ever since in college, and it was during his tour of the Greek isles in 2010 where he was deeply impacted by the life of Apostle Paul whose footprints were everywhere – leading him to his baptism in April, 2011, and on a journey of faith.

Sun is survived by his wife Kui, daughters Sara and Laura, sons Phillip and Ernest, daughters-in-law Susan and Hyuna, and son-in-law Michael, along with five grandsons Brandon, Anders, Justin, Julian, and Timothy, and one granddaughter Dawna.

Additionally, Sun had a brother who preceded him in death and four sisters, cousins, and numerous nephews and nieces, who mourn his passing in the States and in Korea.