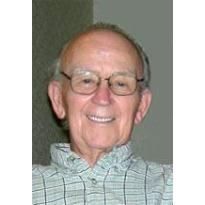 He is survived by his loving children, JoAnn Phillips, Stephen Margetic, Richard Margetic and Robert Margetic; beloved sister, Mary Margetic, and seven grandchildren. He was dearly loved by many and will be truly missed by all.

A Graveside Service will be held on Saturday, September 9, 2006 ~ 10:00 A.M. at Ascension Cemetery where he will join his late wife.