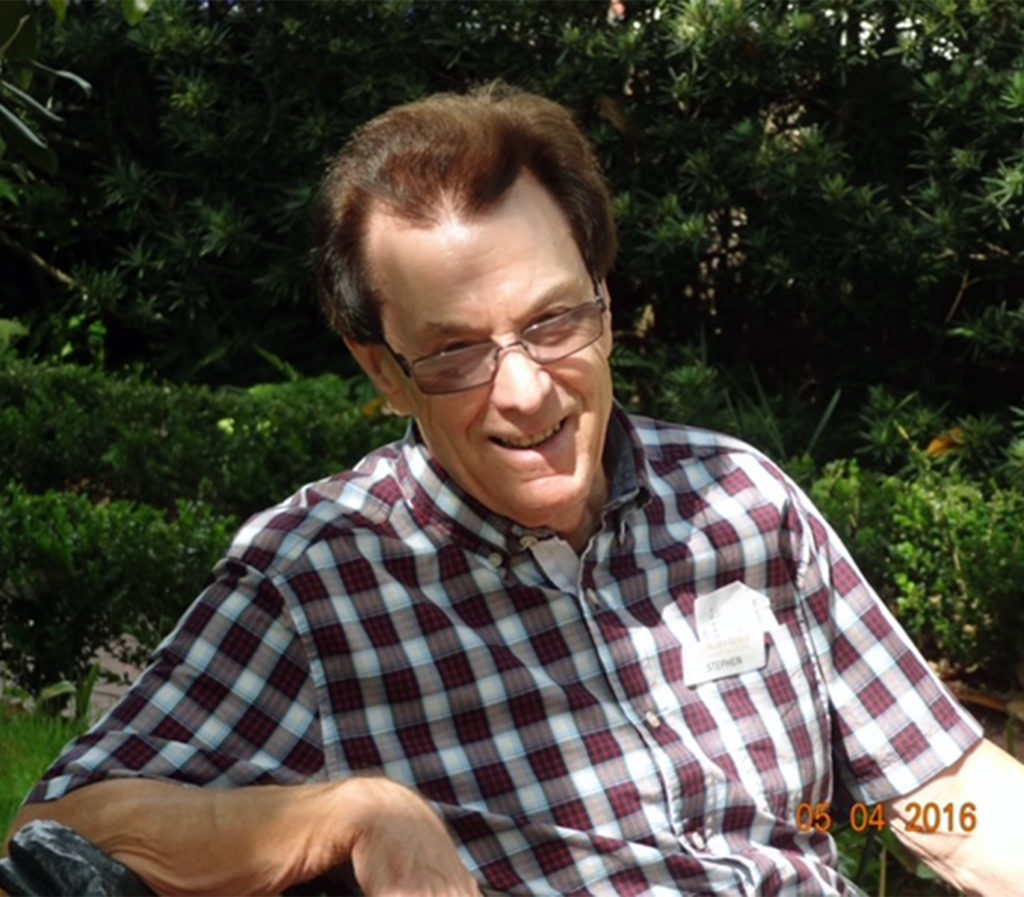 It is with great sadness that we announce the passing of Stephen Lincoln Smith, on Friday, January 29, 2021 at Providence Mission Hospital, Mission Viejo after a long battle with Covid19. He was surrounded by his family viewed by Zoom, where they were able to say their goodbyes, and tell him how much he meant to them.

Stephen was a retired teacher, and longtime resident of Laguna Hills. He loved to teach young students how to learn and be kind to one another. Stephen had a great sense of humor, and his laughter filled the room with joy.

He is survived by a loving family, his wife, Mary Smith, sisters, Phillis Thom, Sara Ford, and brother Daniel Smith as well as his niece, nephews, and great nieces, and nephews. He is preceded in death by his parents, Phillip Howard Smith and Kathleen Ryhlick Perry.

Stephen was born on February 12, 1945 in Milwaukee, Wisconsin to Phillip and Kathleen (Ryhlick) Smith. He was the younger brother of Phyllis, and the oldest brother to Sara and Daniel. He was a tiny baby, and there was concern about his survival. However, survive he did and his family is left with the legacy of his caring, loving impact on everyone.

Eventually, the family moved to Southern California where Stephen enjoyed the sun and surf. In his early years he enjoyed gathering with friends, and trying his hand at surfing. When age allowed, Stephen began to take on a part time job after school for spending money.

Upon high school graduation, Stephen worked at a supermarket for a few years until he decided to pursue his career in education. Years later he completed his master degree in Educational Psychology. Stephen enjoyed working with the students. He had an incredible energy, enthusiasm, and love of life which he brought into his classroom; making learning interesting. Stephen had a kindness and joy for his co-workers and students.

Stephen was married in 1982, to the love of his life, Mary. They enjoyed gardening and travel, and tried to include a vacation in the United States or Canada during the summer. Upon retirement, Stephen and Mary ventured on, exploring Europe, including the Baltic Countries and Central Europe.

Besides traveling Stephen enjoyed running. He would spend Saturdays with his group of friends preparing for the next run. He accomplished the San Francisco Marathon, as well as numerous half marathons, and 10K runs.

Stephen enjoyed life and the people he met. He left a lasting impression of kindness and joy. He will be remembered for his love of family, friends, his country, and the ocean.

My love, you will live on in our heart though the memories we shared.

We thank the kindness of the staff at Providence Mission Hospital for taking care of Stephen with such kindness and caring.

Due to Covid there will be a webcam funeral service held on March 1, 2021 at 10:00 am for the public. You are invited to view the service of Stephen Smith.  Click here to View the Service.

When the Video Tribute starts, click on the camera icon at the bottom right of the screen. This will give you an optimum view of the ceremony.  Questions? Call us at (949) 581-4300.