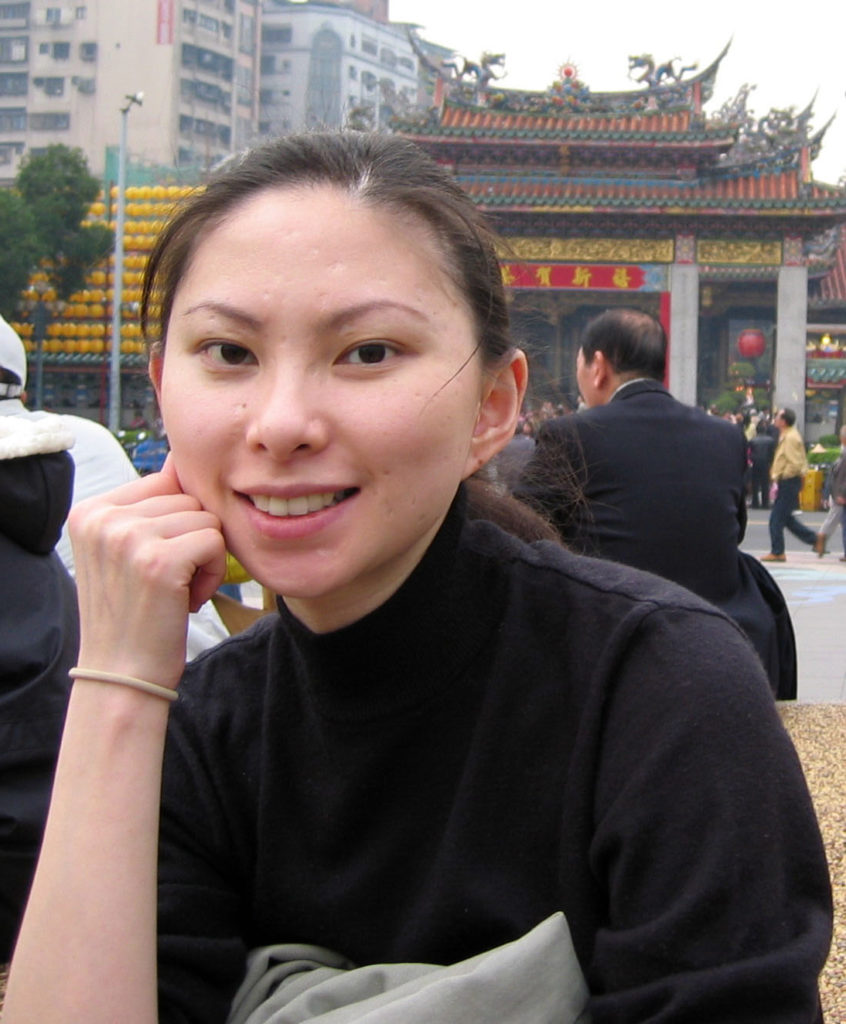 Sophia Bringle, 44, passed away unexpectedly on February 21, 2021 at Hoag Hospital in Irvine, California. Sophia was born on August 7, 1976 in Taipei Taiwan to Liu ChengMin and Wang MeiFeng.

Growing up in Taipei, she was shy and humble but was always able to bring out positive energy in any situation. Sophia enjoyed hanging out with her friends Jenny, Jean, and Big Nose, reading comics, playing games, or just window shopping. One of her favorite memories was in 1984 when her parents brought her to the McDonald’s in Taipei on opening day and she had an ice cream cone. Later she graduated from Taipei Jingmei Girls High School and then went on to Providence University with a major in Chinese Literature.

After college, she traveled to California to continue her studies at University of California, Irvine. It was there on May 13, 2000 that she met Michael Bringle. On May 23, 2003, they eloped and got married at the historic Orange County Courthouse in Southern California.

She worked for an ophthalmologist after completing her studies, but also continued to enrich herself by taking classes in medicine and computer science at the local community college.

On May 5, 2011, Sophia gave birth to their son Ethan. At that point she quit her job and dedicated herself to him first and foremost. Beyond merely assisting him with his studies, she was well known for tirelessly volunteering at his schools. Sophia also passed her gift of art and music to Ethan, teaching him piano since the age of 5.

Sophia’s interests included her masterful playing of the piano, learning, fashion, and spending time with family and friends. Her favorite flower was the tulip, and she hated butterflies.

She is survived by Michael, her husband of 17 years, her son Ethan, her mother MeiFeng, her father ChengMin, her younger brother KuiZhi, her niece QuaoMei, her cousins, and her countless friends.

She was preceded in death by her older brother, XuanHao.

As an expression of sympathy, memorial donations may be made to her favorite charity, St Jude Children’s Research Hospital.