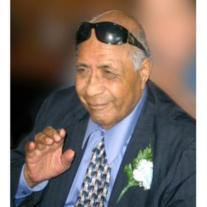 Alma 37:37
Counsel with the Lord in all thy doings, and he will direct thee for good; yea, when thou liest down at night lie down unto the Lord, that he may watch over you in your sleep; and when thou risest in the morning let thy heart be full of thanks unto God; and if ye do these things, ye shall be lifted up at the last day.

A loving father, grandfather and husband. Bishop Sapati Niumatalolo Tufaga gave us the best and most memorable 82 years of his life. He was born on April 1, 1930 in American Samoa where he met and later married his beautiful wife Salina Umu-Galeai Niumatalolo-Tufaga. While serving in the United States Marine Corps, he raised 6 children in south orange county. He was blessed to be able to serve as Bishop of the Santa Ana 4th ward in the Church Of Jesus Christ Of Latter Day Saints for over 5 years. Bishop Tufaga has touched the lives of so many people with his kind, loving heart and the way he reached out and helped those in need. We as his family are so grateful for the wonderful years we had with him. We are especially grateful for the teachings that he taught us and for showing us the path that we must follow to be able to return to our heavenly father some day. ‘Till We Meet Again’ papa!