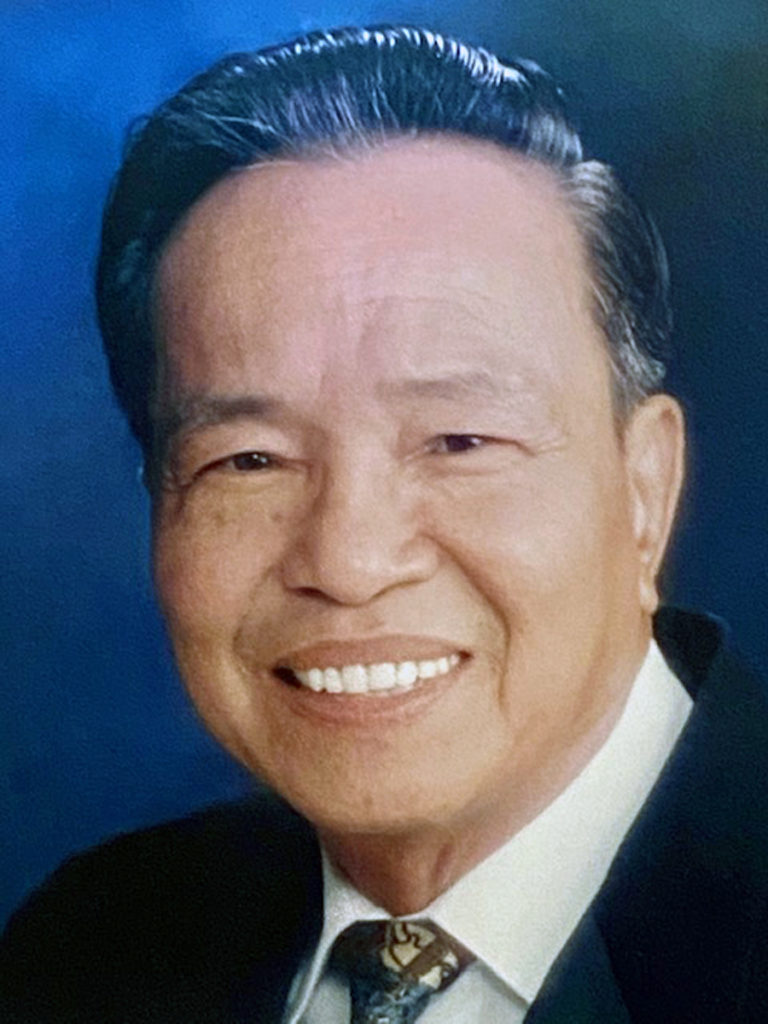 My earliest memories of my grandfather, Nguyá»…n Äá»©c SÃ¢m, were of the things he didn’t want me to see. He was never the biggest man. But I remember my grandfather ” “Sam,” or just “Ã”ng”” was a strong man. I would watch him spend time in the garage with his weights, sporting his white tank tops, tracksuit bottoms, and leather lifting gloves that swallowed my five-year-old hands.

He didn’t mind me hanging out as he exercised. It was the other stuff he worried about. Ã”ng never liked when I caught him sneaking a cigarette in the backyard, and he always tried to hide his insulin injections from me. At the time, I didn’t get it. Smoking and insulin seemed as normal as weight lifting ” activities that made up his daily life ” why did it make any difference whether I saw or not? The attempts to hide them only added to the intrigue, and I often snuck glances through a backdoor only to be disappointed by the monotonous routine of it all.

It’s only now that I understand: Nguyá»…n Äá»©c SÃ¢m did everything he could to hide the world’s imperfections from his family.

Imperfection defined his early life. The middle son between two brothers (Nguyá»…n Äá»©c Mau and Nguyá»…n Ngoc Le), he lost his own father when he was 5, lived in poverty into his teens, and became a medic in the war against the French where he saw atrocities no one should ever witness. Still, he moved forward. Strong-minded, he became disillusioned with fighting and eventually flung himself down a hill to fake his own death and desert the army ” a favorite story he liked to tell in his old age. He was heralded upon his return to his village, where like Robin Hood, he returned with medications from the frontline and distributed them to the people. He and his family escaped North Vietnam in 1954, and settled in the south.

Ã”ng’s first 40 years were spent on the run, yet he remained the optimist. He met Nghiem Thi Le Khanh in 1959, and went to have four children. First came Hang in 1960, then Dzung in 1963, Vang in 1964, and finally Thuy in 1967. He taught himself printing and opened a small business, lifting himself firmly into a middle-class existence that was punctuated by Sundays spent at the zoo or restaurants. Then came the War.

In April 1975, when the War finally engulfed Saigon, Ã”ng faced tougher decisions. Unlike his first brush with fighting, he was the patriarch in a family of six; there were no solutions as straightforward as throwing yourself down a hill. This time, too, he was resolute. He was decisive in finding transportation to take them away from their home and unmoving in insisting that the whole family make the journey, which he told Thuy would just be a vacation. His family ” along with his brother’s clan of 15 and their mother ” left with some gold sewn into the linings of their pants; boarded an unknown vessel where they were only given a cup of rice each day to eat; and headed into the uncertainty of the Pacific Ocean, the Philippines, Guam, Ft. Chaffee, and finally Kansas City. “Dad and Mom brought us here to this great country half the world away,” Dzung said. “Leaving behind the house and the business you built, we fled with the clothes on our backs. He showed us courage, determination, and the will to survive for a better tomorrow.”

Forced to start over again, Ã”ng rebuilt in the US. His family crammed into a small apartment filled with donated wares from the congregation that sponsored their new life, and he took a job a minimum-wage job as a printer while Le Khanh sewed. He successfully petitioned for the placement of his brother’s family and his mom in Kansas City and saved up to buy a small Craftsman house that he could call his own. “With six mouths to feed, Dad was under a lot of pressure,” Hang wrote. “We struggled but we had each other and we have freedom.”

California’s warmer weather and opportunities beckoned in 1979, and they moved again. It was there that Ã”ng and his family thrived, opening up a tailor shop in Newport Beach and tapping into the middle-class mobility that defined the US in the 80’s. The Nguyá»…n kids grew out their hair or got perms, attended high school and college, and learned how to drive. (Thuy remembers distinctly how her father taught her how to parallel park.) They focused on their studies ” Ã”ng, like any immigrant parent was caring, but firm in emphasizing school ” and fashioned careers and lives that seemed unreachable when they left Vietnam.  “We would not be standing here today had it not been for all his sacrifices,” Vang said.

I arrived at the tail end of the decade, and the pictures from my first days capture Ã”ng’s joy. We’ve all seen his smile, something he made sure was always white and sparkling, even if they were just dentures in his old age. I distinctly see the photo of him cradling my head, flashing his smile and a realization in his eye that the Nguyá»…n’s had finally laid roots down in an adopted country. It’s the same realization that hit him when Nolan was born, then Sarah and Sophie, and finally Sidney. He had made it.

For a man whose life was filled with hardships and imperfections, Ã”ng was never one to dwell on the things that went wrong. Much of his life had spent rebuilding in the face of unthinkable adversity and moving forward. Why waste time on thinking what could have been, when there was already so much good in front of you? “We are who we are today because we followed his guidance,” Thuy wrote.