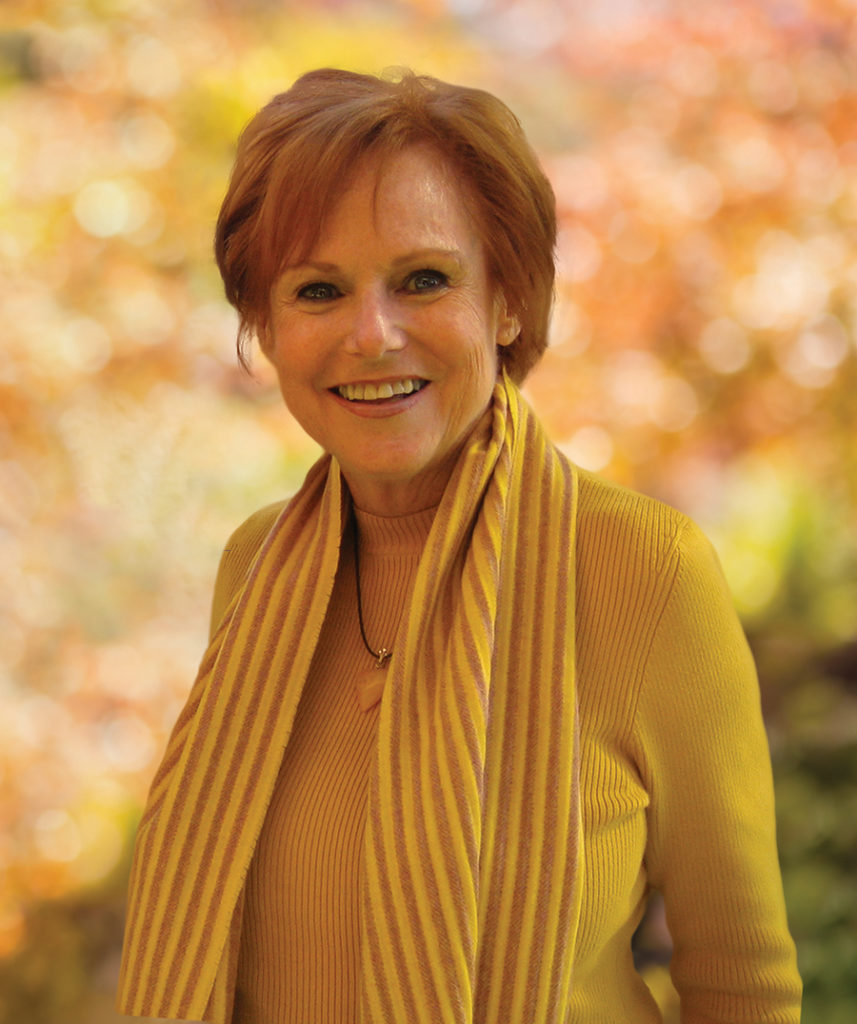 Sally Louise Hughes, born May 24, 1937, passed away on December 12, 2019 at her home in Pasadena, CA with her family by her side.Her husband, Patrick Eugene Hughes, preceded her in death.  She was survived by her four children Gregory (Rose), John, Patrick (Brandi) and Amy (Michael); and her six grandchildren, Ryan and Cassandra Hughes, Brennen, Jack and Lauren Lydon, and McKenna Hughes.  Sally’s life began in 1937, in La Canada, California, when George and Frances Luke welcomed Sally, their fifth child, who joined her two older sisters, Patricia and Therese, two older brothers, George and Charlie, and later her three younger brothers, Bill, Larry and Danny. Sally lived in her home on Alta Canada Drive throughout her childhood until the day she married Pat Hughes, her high school sweetheart, and the lifelong love of her life.

As a child, around seven or eight, Sally’s big blue eyes, freckled nose and bright smile inspired a family friend, the owner of a fresh produce company, to use her picture on the label of his cellophane packages of fresh spinach, which he named Sunny Sally’s Spinach! Her childhood was joyful, with what she recalled as days playing football with the boys out in the street, being a tomboy, and loving the radio. Sally graduated from Immaculate Heart High School in 1955, following the footsteps of her mother, Frances Small Luke, in 1919.

After their marriage in 1958, Pat and Sally began what was their wonderful family life, first with Greg, then John and Pat, three boys under four years of age, and then happily, Amy. Life on Padres Trail in La Canada was full of family and friends, birthday and dinner parties, celebrations, football games and even Mass in the backyard. Sally and Pat travelled and created a lifetime of wonderful memories. In those years, Sally loved playing tennis, volunteered as “art lady” at St. Bede’s and grew to be a wonderful cook and hostess. Throughout her life, Sally treasured her Catholic faith, and found it a source of strength, especially in the days following Pat’s sudden death.

Her move to Pasadena in 1997 began the chapter of Sally’s life that included children’s marriages and grandchildren.  Sally loved nothing more than to sit out on her patio and watch as her children and grandchildren swam and enjoyed her beautiful backyard together.  She enjoyed playing bridge with friends, participating in the Christ Child Society and attending mass at Holy Family Catholic Church. Although the demands on her health increased, she had an incredible ability to push forward without complaining or pulling back, but rather maintaining her delight with small pleasures: marmalade on her English Muffin, fresh lemon in her tea, strawberry milkshakes and the big things: friends and family.  Sally didn’t miss a family celebration, birthday, graduation, being at the water’s edge to cheer on her family’s participation in the Santa Barbara Triathlon, St. Patrick’s Day celebrations, housewarmings, Oktoberfest, and the annual trip to Santa’s House at the Farmer’s Market for a picture with the grandkids and Santa.

Sally came home to Busch Garden Court two weeks before she died. It was where she wanted to be, and was such a warm, enriching time with her children, and those closest to her. Sally seemed so happy to be there, with Irish music playing in the den, and Notre Dame games on the TV. Her appetite for life wasn’t diminished, and she made her kids laugh with her requests, ” I’ll have a beer with that hamburger.” “Pass the bag of Fritos”, and “I think I’d like some cake.”

Yes, Sally, you take the cake, for your love of life, your gratitude for your blessings, your strength and courage in the hard times, and the sweet memories of you in the hearts of all of us who love you.