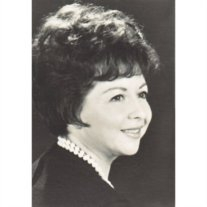 Rosamond was born on June 3rd 1923 to Italian immigrant parents Salvatore & Catherine Mezzanares in Sacramento, California. She had a younger sister, Annabelle, who died when she was three. So Rosamond was raised as an only child. Her Mother and Father wanted to make sure their daughter would always be surrounded by beautiful things. Gifts such as music, the arts, food, cooking and nature, the ability to love and be loved. She played the violin and became a gifted pianist, playing concerts starting at the age of eight. She was surprised to receive her Baby Grand Piano for her 8th birthday, (which is now being played by her great grandchildren).
Rosamond loved Sacramento but in 1939 her family moved to Los Angeles. Rosamond graduated from Fremont High School in 1941 and was dedicated to the fine arts. After graduation she worked for Travelers Insurance downtown Los Angeles.
In 1946 an old High School friend John Azzarella, on leave from the Air Force, saw her at church and walked her home. She was already engaged and said she wasn’t interested, but he had already fallen in love and decided he had to marry her, so they did on June 22, 1947. They had three children, Sharon, Kathie and Jon-Jon. Mother was our tree creating a beautiful home and devoted herself to us. She was a volunteer for the church, our schools and the Whittier Hospital Guild. In 1968 Sharon married Glenn Serenbetz she was blessed with twin grandsons Dean and Dana and in 1970 Scott was born. Three Grandchildren and six Great Grandchildren created a life filled with more happiness and laughter.
On May 12, 1977 her husband, John, died. It was a terrible time for her but she persevered and was left to create a new life for herself at 52 years old. She moved to a beautiful home on the lake in Mission Viejo where she lived for 26 years with her dog, Sara. It was at this time our brother Jon managed her properties and the Bottle House Liquor Store. She began taking classes in finance and found a new interest the financial market. She travelled the world, played the piano, painted, and had a wonderful circle of friends. She volunteered at the Mission Viejo Hospital for over 25 years. In 2005 she moved to Newport Beach to live with her Kathie, her daughter. Shortly thereafter her son Jon died. A pain for most people so unbearable they would choose not to go on. But not our Mother she cherished the 51 years she had with and kept him close in her heart knowing she would see him again. Till the last days of her life she was happy and radiated joy to everyone who came in contact with her. She had the most sparkly eyes and a smile that was infectious; she was loved by all that knew her. Mother had an exceptional life. One of her very special gifts was her ability to accept pain and disappointment so graciously and bravely. She would always look at life in such a positive way.
Our Mother was wonderful! She was beautiful inside and out. Wise and direct without being judgmental or cold. Rosamond was always warm, loving, fun yet tough when she needed to be. She surrounded us with unconditional Love and passed on her love of music, the arts, food and nature. She was an angel.