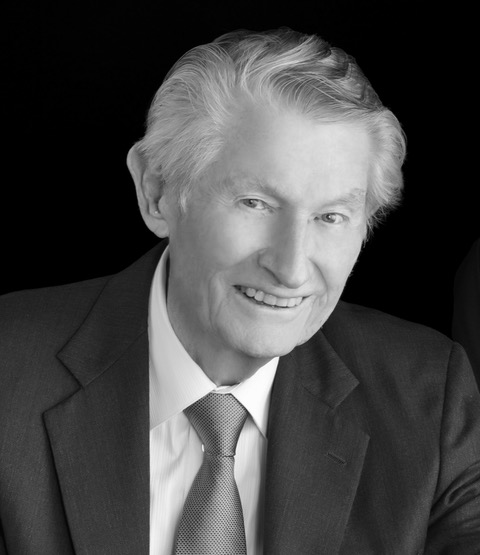 Dr. Roland W. Hansen left his earthly home in Laguna Niguel, California, and was welcomed by the angels into everlasting life on September 23, 2022.  He was 97 years young, married to the love of his life; Lorraine, for just two months shy of 75 years of matrimony. Roland was a Pediatric Dentist, practicing for nearly 50 years in the Southern California area.  He graduated from the University of Southern California Dental School in 1950 with a Doctor of Dental Surgery degree. Although he was a Trojan at heart he accepted a position as Assistant Clinical Professor at the University of California, Los Angeles after completing a M.S. degree in Pediatric Dentistry at the University of Southern California in 1968. He retired as a part-time lecturer in the Department of Pediatric Dentistry at U.C.L.A in 1993. Roland remained active in the American Dental Association, is a past President of the American Society for Dentistry for Children, a member of the Century Club – USC School of Dentistry, a Provost member of the U.S.C. Associates, a member of the UCLA Legacy Society, a member of the American Academy of Pediatric Dentistry, and was a life member of the California Society of Pediatric Dentists serving as their President. In 1997 he spent two months in Bethesda, Maryland with the National Institute of Dental Research, to create a web-based document entitled, “Causal Genes for Oral, Dental and Craniofacial Syndromes.” He is a Fellow of the American College of Dentists (F.A.C.D.) and a Fellow of the International College of Dentists (F.I.C.D.). Without a doubt, he was a respected health care professional and was passionate about teaching others his profession.

Roland enlisted in the U.S. Navy Air Corps in 1943, and took primary flight training in the Stearman biplane at Glenview Naval Air Station and then Pensacola Naval Air Station for advanced training on the SNJ-6 aircraft before the war ended.

Although Roland’s long-time interest in Pediatric Dentistry continued throughout his entire lifetime, it was the joy of family that was indisputably his highest priority. Roland and Lorraine built a home and raised their family in Rolling Hills, California, a city on the top of the hill on the Palos Verdes Peninsula. Teaching their children the love of the outdoors came in the early years, introducing them to camping, hiking, backpacking, skiing, fishing, and sailing. Their children will always have a love of the Eastern Sierra because of their parent’s influence. Roland and Lorraine were intentional in creating travel opportunities to celebrate special anniversaries with extended family.  These special times together will be remembered forever and have established a love of travel for the entire family.

When asking Dad what made him fall in love with Mom, his answer was that she was a beautiful, vivacious, young and flirtatious red head.  Mom said that she fell in love with Dad because he was a true gentleman – an older guy that was so much different than any of the high school guys she had ever met, although she didn’t like his “slicked back” hair style at the time.  Their love affair began in 1945.  Mom was 18 and Dad was 20, and had just returned home after serving in the Navy for 26 months.  Their first official date was at the Hollywood Palladium.  They fell in love in Laguna Beach, and after dating two years, Dad asked mom to marry him on the balcony of the Hotel Laguna, over-looking the ocean. They were married three months later; the day before Thanksgiving on a Wednesday night, in 1947. They drove to the Mission Inn that evening, located in Riverside, driving Dad’s 1934 Ford V-8 Coop through a two-lane dark road through the Santa Ana canyon, where a full moon made it a romantic wedding night. The cost of a one-night stay at the Mission Inn?  $8.00 a night.

Roland and Lorraine moved from Rolling Hills to Mammoth Lakes, where they enjoyed the beauty of the outdoors for 10 years. His interest in dentistry continued in this community where he provided services to the Toiyabe Indian Health Project in Bishop, California.  He also helped establish a dental clinic in the hospital in Mammoth as well as involvement in the Mammoth Lakes Foundation in order to help establish the Cerro Coso community college, the first college in Mammoth.

Roland was a gentle man who was kind and caring, modeling his love of Christ in a low- key manner that was endearing to so many.  He and Lorraine were active volunteers in their church in each community they lived, including Rolling Hills, Mammoth Lakes, Palm Desert, and Mission Viejo, California. The angels are rejoicing in Heaven and are most certainly welcoming this faithful man. He will be forever loved by family and friends and never forgotten.

Roland will be laid to rest at Riverside National Cemetery.