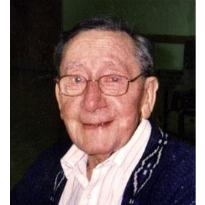 Roger Ledin was born February 2, 1915, Groundhog Day, in Des Moines, Iowa to French immigrant parents, Francois and Marie Ledin. He was the youngest of four children, his older brothers being Walter and Rene and his sister Velma. At a young age Roger moved with his family to Fullerton, CA where his father began work in the agricultural business in the bounty of Orange County. Roger attended school in Fullerton where he excelled in mathematics and swimming and began his life-long love of music and playing the saxophone. He graduated from Fullerton High School in 1933 and continued his education at Fullerton Junior College. From 1936 to 1942, he worked as a substation operator for So. Cal. Edison and continued to pursue his musical interests, playing saxophone in vaudeville and traveling the western states.

With the onset of WWII Roger enlisted in the US Navy, serving in the Pacific Theater on the USS Pitt. Part of his service from 1942 – 1945 was spent at sea as Chief Petty Officer, Electrician, and later he was stationed on the island of New Caledonia with the ship repair unit. Here he met and established a life long friendship and heartfelt connection with the local French family of Dr. Tonnelier.

In 1942 he married Beatrice Gregor of Anaheim and upon his return from the service, they established their home in Anaheim and later in Corona del Mar, Alhambra and San Gabriel, CA. Roger returned to his career as an electrical engineer at So. Cal. Edison designing substations throughout the southwestern states; he remained in that career for 40 years. Roger and Bea raised three children, Suzanne, Dennis Dec. 1976 and Michele in the San Gabriel/Alhambra area where Roger was active with community, friends and family. He enjoyed such activities as coaching little league baseball, working in his workshop on things to be built or repaired, playing bridge with friends, attending Dodger games and the annual Rose Parade, family vacations to Lake Arrowhead, and Yosemite and volunteering at his parish for church and school events.

In 1973 Roger and Bea returned to Orange County to enjoy retirement, moving first to Costa Mesa and later to Corona del Mar. Upon retirement Roger became licensed in real estate and he and Bea enjoyed over 25 years of owning, operating and maintaining several rental properties in Newport Beach and Costa Mesa. He reestablished his association with musician buddies in the area and began again to play alto and baritone saxophone for the next 20 years with the semi-professional bands, Senior Class and Dr. Toots. Both Bea and Roger had lively, fun times at the musical gigs, tea dances and social events.

Roger was happy in his role as Grandpa to his three grandchildren, Bryan, Colleen and Maureen and stayed connected to his large extended family in Orange County at regular get-togethers. His Gregor and LaFont family members especially remember him for his holly-leaf Christmas bow tie and joking sense of humor. He volunteered at the Oasis Senior Center in Corona del Mar and was active in his parish church, Our Lady, Queen of Angels where he served as usher for over 15 years.

Roger and Bea adventured far and wide in their travels to Europe and the British Isles, Australia and New Zealand, Hong Kong, through the Panama Canal, Canada and Mexico, historical USA, Hawaii and many Pacific islands. Roger planned a very special trip to celebrate their 50th wedding anniversary, sailing from NYC to London aboard the QEII and returning via the Concorde. Roger and Bea celebrated their partnership for 59 years before her passing in 2001.

With the dedicated assistance of his care-companion, Benjie Dizon, over the last six years, and with the loving support of his two daughters, Roger was given the opportunity to continue to enjoy his home, the beautiful oceanside and climate of Corona del Mar, visits with his friends at the Costa Mesa, Mission Viejo and Laguna Hills Senior Centers and regular activities which gave him joy.

Memorial donations may be made in Roger’s name to the American Diabetes Association, American Heart Association, U.S. Navy League or organization of your choice.