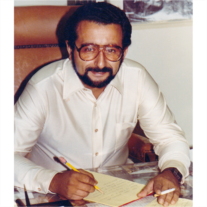 Bobby earned his Bachelor’s Degree in 1966 from Loyola Marymount University and his law degree in 1969 from the University of San Diego.

He worked from 1969 to 1985 for the Los Angeles County District Attorney’s Office. He ran his own criminal defense practice from 1985 through 2014. During that time, he also authored a textbook on death penalty defense as well as teaching trial tactics as an adjunct professor. If you had a chance to meet him, he was a force to be reckoned with.

He will be greatly missed by his devoted wife of 40 years, Diana Corrado; his loving daughter Catherine R. Corrado-Hight and her husband Robert Hight; his sister Leslie Tennyson and her husband John; as well as a host of adoring friends.