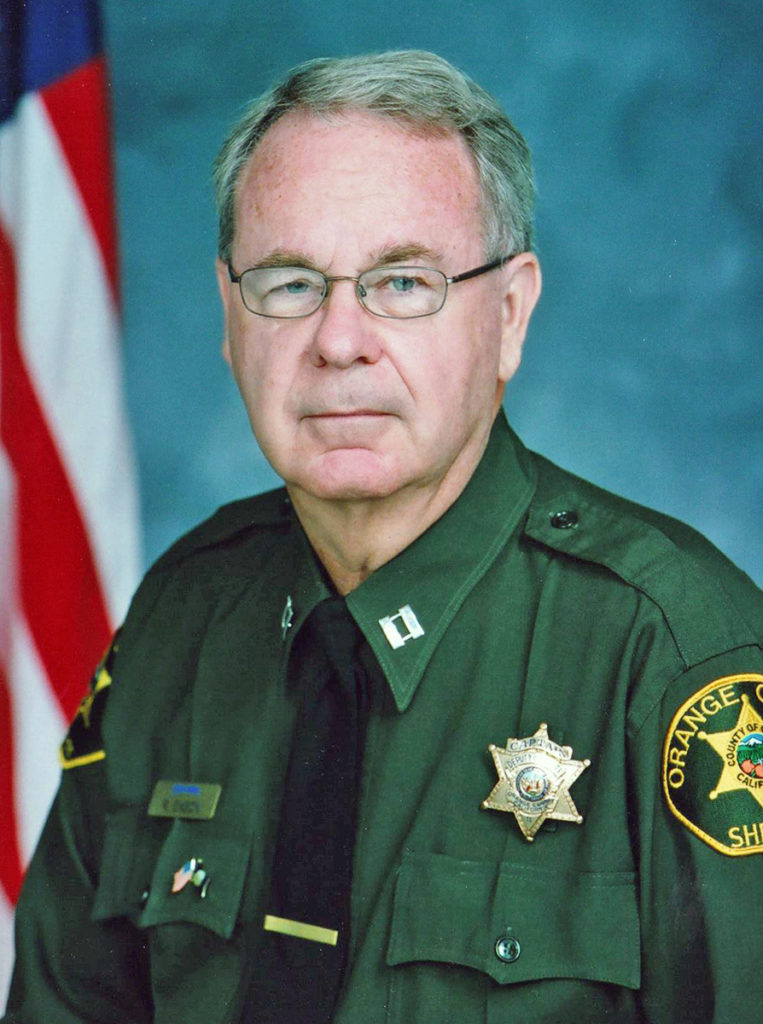 Robert Usher Eason Jr. (“Bob”) AKA Robert Usher Eason III of Lake Forest, California passed away peacefully on Tuesday May 28, 2019 at Saddleback Hospital in Laguna Hills with his three daughters by his side.  He was 73 years old.

Bob was born and raised in Laguna Beach, one of three sons of Robert Usher Eason Sr. and Lorraine Riley Eason.  He was a lifelong resident of Orange County and graduated from Laguna Beach High School.  He was a proud Eagle Scout and encouraged the ethics he learned in scouting.  He worked as a United States Postal Carrier in Laguna Hills until he could pursue a career in law enforcement at the age of 21. He began his career with the City of Cypress as a police officer followed by the City of San Clemente where he was assigned to the presidential detail for President Nixon.  He was then hired by the City of Stanton where he became a motor officer followed by an investigator, sergeant, lieutenant, the Chief of Police and ultimately Captain for the Orange County Sheriff’s Department- West Operations. Bob earned a Bachelor of Arts Degree and Master’s Degree from California State University, Fullerton. He held a California Life Teaching Credential and was a graduate of the FBI National Academy in Quantico, Virginia.  Bob retired after approximately 42 years in law enforcement.  He enjoyed sailing, traveling, working on classic cars, his Harley-Davidson, Angels Baseball, USC college football, walking on the beach, attending his grandson’s basketball games, and spending time with family and friends.

He is survived by his former wife, Lupe Eason; his daughter, Katherine Eason (formerly Heitzig) and grandson, James “Brayden” Heitzig.

Bob was preceded in death by his brother Tom Eason. He was survived by his sister-in-law, Rena Eason; his nephew, Jason Eason; and his niece, Katie Eason.

Bob was also survived by his brother, Melvin Eason.

Bob will be dearly missed.  His Celebration of Life will take place with family and close friends on Saturday June 29, 2019 at 6pm.  His wishes were to close the last chapter of his life off the coast of Laguna Beach.

For memorial donations the family has chosen The Joyful Child Foundation, dedicated to protecting the rights of children.  Bob desired the work of Erin Runnion to continue in honor of her daughter, Samantha Runnion.