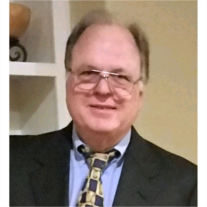 ROBERT LOUIS LAVOIE, our beloved Bob, left us too soon on Wednesday, August 9, 2017. Born on May 2, 1951, to Maurice Emil Lavoie and Evelyn Terese Grondin, Bob had a very mobile upbringing and lived on Air Force bases from coast to coast. He was lucky enough to spend a majority of his childhood at Hickam Airforce Base on Oahu, Hawaii. Bob served as student body president of Radford High School, and then attended University of Hawaii. Bob told many stories of his work as a cameraman for KHON, the Honolulu NBC affiliate, throughout that period.

In 1972, Bob met the love of his life, his beloved Pam, on a blind date where they sailed to Na Mokulua, two islets off the windward coast of Oahu. It was love at first sight. Bob married Pamela Jean Clark aboard the Queen Mary in Long Beach. After moving from Hawaii to the mainland Bob worked as a cameraman for KOCE, the PBS affiliate in Orange County. He put himself through law school and graduated from Western State College of Law.

Bob practiced law for forty years in Orange County, most of those as a partner with Lavoie & Jarman in Anaheim. He took great pride in serving as General Counsel for Willdan Group, Inc., where he loved not only his job but the people he worked with for thirty seven years. Bob was a forty year member of the Kiwanis Club of Greater Anaheim (KCGA) and served multiple terms as Club President and President of the KCGA Scholarship Foundation. Bob also served for over thirty years on the board of RIO, the Rehabilitation Institute of Southern California.

Bob and Pam were blessed with two beautiful girls, Michelle Marie LaVoie Wisniewski and Anne-Marie LaVoie Wilhelm, who in turn blessed them with five grandchildren: Cecilia, Alina, Maya, Elizabeth, and Jakub. He was a wonderful father-in-law to Jason and Kuba and a loving father to multiple cocker spaniels. Bob was witty, intelligent, and most of all good looking. He loved life, especially weekends with his family around the BBQ and in the swimming pool.

Bob was affectionately known as the “Kahuna” because of his gentle soul, wisdom, sense of fun, and outpouring of love for others. Devotion to family was at his heart’s core. His family responded in kind by worshiping the ground he walked on. The world will never be the same without the twinkle in his eyes. To our dearest husband, father, brother, grandfather, Uncle and friend – ALOHA!

Share your favorite memories of Bob through his online memorial: https://www.oconnormortuary.com/obituaries/Robert-Lavoie-2/#!/TributeWall.