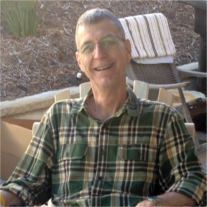 Robert (Bob) Charles Kristick, 64, died peacefully on Saturday, July 1, 2017 at his home in Laguna Niguel. He fought valiantly against a long battle with melanoma of the lung cancer. At the time of his passing, he was surrounded by his beloved family.

Bob was born on December 31, 1952 in Concord, California, the son of Charles and Dorris Kristick. He graduated from Glendora High School and graduated from Sacramento State University with a Bachelor of Arts in Finance.

Bob met the love of his life, Karen, at a golf tournament. He often retold the story of telling his playing partners that “I am going to marry that woman.” Bob ended up winning that same golf tournament. Bob and Karen were eventually married on June 25, 1988. Soon after, Mark (1989) and Kevin (1991) were born and Deanna followed along in 1998.

Among other great attributes, Bob had an extraordinary work ethic. This was instilled in him from his father Charles Kristick. Bob would often leave for work before sunrise and not return until after sunset. This selfless sacrifice and tremendous work ethic did not go unnoticed by his family. His children demonstrate this same work ethic today.

Being a business man, Bob loved his financials. He would follow the stock market throughout the day and religiously track his investments. Up until his passing, Bob would revise his spreadsheets according to how the stock market performed that day. Towards the end of Bob’s life, he still revised his financials by hand when he was no longer able to make it to his computer.

Besides golf, Bob had an affinity for the Grand Teton’s National Park. He visited the national park as a kid many times with his family. He would later take his wife and children to the national park for Charles and Dorris’ 50th wedding anniversary. This love of the Tetons spread to his wife and children where they too visited the park and witnessed the amazing scenery and natural wildlife. This tradition will hopefully be passed down to his children’s children.

Bob was a beloved parishioner of St. Edward the Confessor Catholic Church where he was a member of the Knights of Columbus, earning a fourth degree status. Also, he was an active member of the parish as an usher and Eucharistic Minister. He often expressed his enthusiasm for his chalice that would be delivered to a parish in a third-world country in his honor.

Bob will truly be missed and his memory will live on forever. His conversations were always stimulating and entertaining and his laugh was infectious.

We thank each and every one of you who have reached out to us regarding Bob. We love you all.