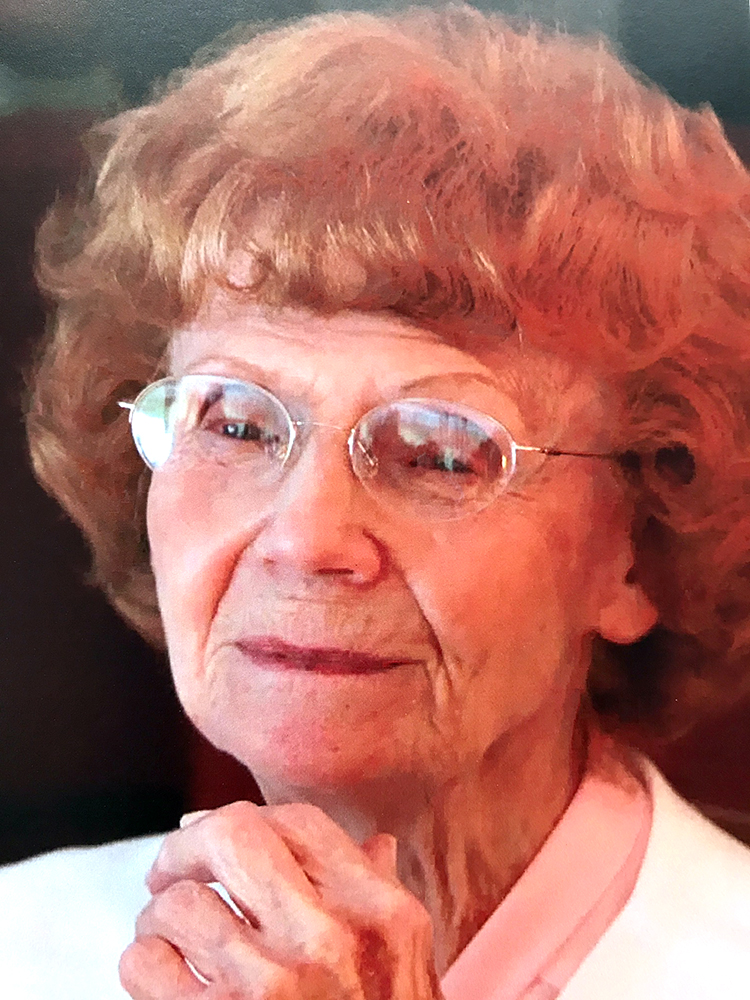 Rita Gloria Mangione, 93, died peacefully on April 12, 2018, at her home in Laguna Woods Village, California. A resident of Laguna Woods Village for the past 16 years, Mrs. Mangione, née Domzall, was born in Detroit, Michigan, on September 22, 1924. After graduating from high school, she worked for the Government Accounting Office for 10 years, until leaving her position to marry and raise a family of five children. She then went on to work for the Social Security Administration in Farmington, Michigan, until her retirement in 1989. Caring for others and being of service were important to her throughout her life. She was a contributing writer to a government employee magazine when she worked for the General Accounting Office, was a founding member and president of the first association of parents of hearing-impaired children in the Downriver Area of Wayne County, Michigan, and was a member of her parish’s council. She was also an avid reader, inspiring her children and grandchildren to share her passion for a good book. Her family cherishes memories of her as a loving and devoted wife, mother, and grandmother and as a devout Catholic deeply committed to her faith. Mrs. Mangione is survived by her husband, Samuel Mangione; her children, Peter Mangione, Louis Mangione, Marian Seymour, Carol Mangione, and Rita Mangione-Smith; nine grandchildren: Allegra Mangione, Asha Ethington, Christina Seymour, Julia Mangione, Kyle Mangione-Smith, Lena Ethington, Michael Seymour, Ryan Mangione-Smith, and Sonya Chaudhry; her daughter-in-law, Margaret (Mimi) Sabo, and son-in-law William Mangione-Smith; and her sister, Constance Anderson.

Rita requested that, in lieu of flowers, memorial contributions be made to one of her favorite charities, Covenant House, a non-profit youth homeless shelter in Hollywood that provides sanctuary and support for homeless and trafficked youth. (https://covenanthousecalifornia.org; 1325 N Western Ave, Los Angeles, CA 90027)

A funeral mass in Rita’s honor will be celebrated on April 28th, 2018 at 9AM at St. Nicholas Church, 24252 El Toro Road in Laguna Woods, followed by a graveside service at Ascension Cemetery at 24754 Trabuco Road in Lake Forest.