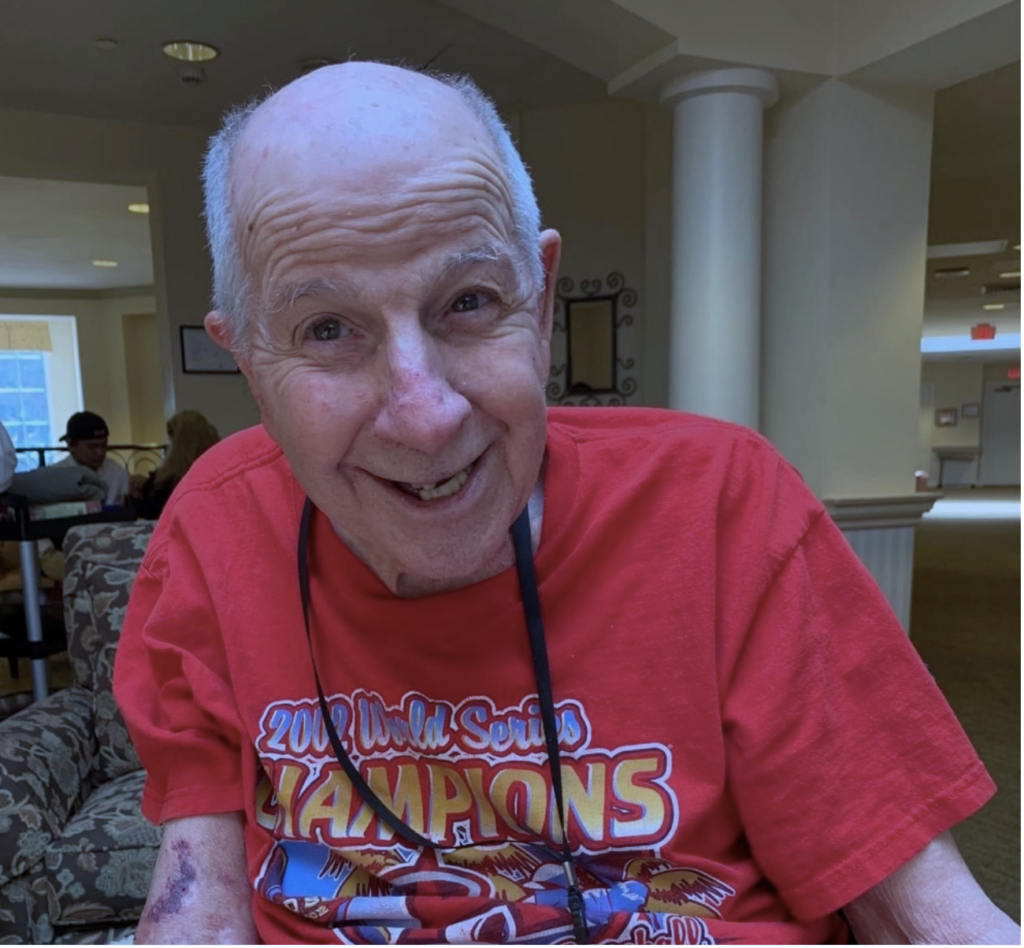 Richard, aka Dick, passed away Sunday Sept 6th. Dick was born to James and Roberta Simpson in Waterloo, Iowa on December 12, 1936. He was 83 years old. Dick’s family moved to Phoenix, AZ when he was seven along with his brother Jim and sister Barbara. During his time in Phoenix he met his life long friends in elementary school, including Carole Beath, Fred Rosenfeld, Dan Roth and George Barns. He then moved to California and met the love of his life, Joyce Lynn Grieb at Catalina Swimwear. They married on January 27, 1962 and had three daughters Erin Campbell (Mark), Julie Rewerts (Bret) and Patty Englert (Mark). He also had seven grandchildren Brittany (Mike), Brandon (Montana), Ryan, Jenna, John, Jake and Joycelynn. He was recently surprised when he learned he would soon be a Great Grandfather to two little girls. Dick was also close to Joyce’s brothers, Robert and Tom and spent many happy days together along with their wives and children. Dick was a longtime passionate Lakers fan, reveling in their many world championships and often quoted his favorite announcer Chick Hearn. He loved family and spending time with friends. Joyce and Dick loved camping and traveling to different parts of the country while making their way to family in Ohio. He will be laid to rest along side his wife, youngest daughter and his son in law at Holy Sepulcher in Orange, CA on September 17, 2020.

In lieu of flowers, please donate to the National Multiple Sclerosis Society (nationalmssociety.org)