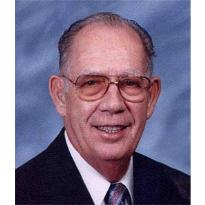 Richard Lee Marshall was born on April 21, 1929, in Indianapolis, IN, to Clark and Suella Marshall. He joined the Navy right out of High School, but soon decided that life on the open sea was not for him. After his honorable discharge, he quickly joined the Army, where he celebrated his 21st birthday in Korea. Corporal Marshall served in the Army for more than five years, volunteering for three tours of duty and fighting five major battles in the Korean War. He was awarded the Silver Star for his service to our country. He was honorable discharged from the Army in 1952. But his dedication to serving our Country did not end there. He joined the Army National Guard in 1972 and served faithfully at the Los Alamitos Reserve center and Long Beach Reserve center for the next seventeen years as an Infantrymen and Mess-Sgt. and Aircraft refueler. He retired at the rank of Staff Sgt.

He worked for Rockwell International in Los Angeles as a tool and die maker and UAW Union President for 40 years, retiring in 1993. He married his high school sweetheart, Joann Rogers, in 1952 and had a daughter, Sandra, and a son, Steven. He married Mildred Carr in 1970, and they raised his two children together in a happy home. Mildred passed away in 1987.

Staff Sgt. Marshall moved into Leisure World of Seal Beach in 1992 and, soon after, met Daphne Morris, who lived just two doors down. After a five-week courtship, they were married and spent almost 14 wonderfully happy years together, rarely leaving each other’s side. Richard was happiest with Daphne and his family, sitting in his big blue chair wearing his Korean Veteran’s hat, and telling war stories or ‘solving the world’s problems? outside with his neighbors. He was a big, strong man, but was a gentle giant, with a great smile and hearty laugh. He was greatly respected and loved by all who knew him.

Richard was a lifetime member of the Veterans of Foreign Wars, belonged to American Legion Post 327, was a member of the Elks Lodge #1948 in Torrance, and the Long Beach Chapter 173 Order of the Eastern Star.