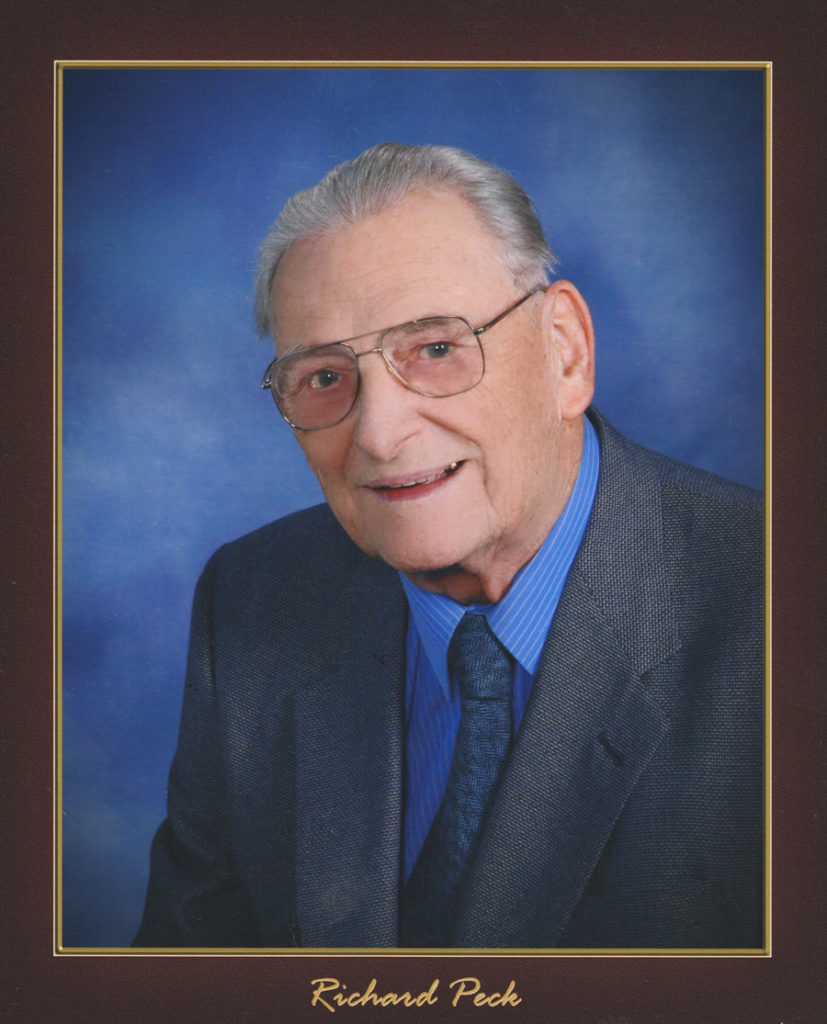 Richard Eugene Peck died peacefully on July 29, 2018 at the age of 87 in Laguna Woods, California.

Dick was born in Farmington, Michigan on June 5, 1931. After graduating from Monroe High School, Dick joined the United States Navy and served four years during the Korean War. Dick completed his service as an Electronic Technician, continued his studies at the University of Michigan, and then received his Bachelor of Science in Engineering from California State University at Los Angeles. When Dick moved to California in 1967, he worked for Hughes Aircraft Corporation as an Electronics Engineer/Senior Scientist until his retirement in 1992.

Dick was a devoted father to his daughters Jacqueline Vaughn, Laura Peck, and Catherine McCombie. He was the adored grandfather of Gary Vaughn, Alissa Noe, Andre Ramos, Tristan and Lauren Suppe, and a great-grandfather to Benjamin and Matthew Noe.

Dick and his wife, Jeanette Peck, moved to Laguna Woods in 2015 and recently celebrated their 48th wedding anniversary. Dick and Jeanette were active members of Geneva Presbyterian Church.

Dick was a lifelong learner and avid reader with interests in science, language, and bible studies, inspiring his children and grandchildren to share a good book.

Dick requested that, in lieu of flowers, contributions be made to South County Outreach.