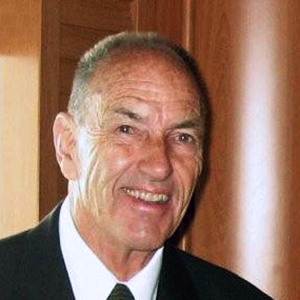 Ray was born on May 3, 1934 to Raymond Charles Miller Sr. and Lillian Fisher Miller in Rochester, NY. The family was entrepreneurial as his father and Uncle Joe Miller ran Miller Brothers Funeral Home and his Uncle Wesley owned an automotive garage, where Ray helped fix cars on occasion to earn spending money. He attended Aquinas High School, where he built numerous life-long friendships. He returned to Rochester many times over the years to visit family and friends.

After graduating high school in l952, he joined the U. S. Air Force and was initially stationed in Washington D.C. but later deployed to Morocco as a radar operator. While in Morocco, he took a 30-day leave and visited many countries, Italy being his favorite. Following his service, he joined his mother, who had relocated to Los Angeles. While working at Sears part time, he met Marianne. They were married in 1958.

In preparation to build a family, Ray knew the value of how continual self-improvement contributed to a successful career and he took night college courses while working for L.A. County Road Dept. during the day. They had their first child, Jeff, in 1963 and Ray’s career began to take off when he set sights on the rapidly growing Orange County to the south, where he joined the Orange County Flood Control Dept.

The family moved to San Juan Capistrano in 1965, a time when the bucolic city of 1,800 residents comprised of ranchers, orange groves and horse farms. A year later they welcomed their daughter, Lori. Ray signed on as a volunteer fireman and dedicated himself to this part-time job until 1978, when the city’s emergency needs demanded a more permanent firehouse and staff.

Ray’s career calling centered on water, wastewater and water reclamation, which was timed perfectly for the rapid expansion underway across all of southern California and demand for water and treated water surged in response. He became the general manager of South Coast Water District (SCWD) in what was South Laguna and he continued his educational pursuits by becoming a Professional Engineer. One of his prize projects during 25 years at the district was to build an underground water reservoir, hidden from view, which also utilized the space above for a community tennis club.

His knowledge of the industry led to numerous roles during his career – President of the California Association of Sanitation Agencies (CASA), Chairman of the California/Nevada section of AWWA, National Director of AWWA and later Treasurer of the organization for 4 years. Following retirement from SCWD, he launched RM & Associates, a service dedicated to supporting the water and sanitation industry and founded the Southern California Alliance of Publicly Owned Treatment Works (SCAP) where he was Executive Director for 15 years.

In addition, Ray was a leader at the Mission San Juan Capistrano, launching a lector program with his son and, later, becoming one of the first Eucharistic Ministers for the Parish. He founded South Coast Fire Protection, which still operates under different ownership. While the family enjoyed tennis at first, golf became the second sport until Ray’s balance became an issue. However, he did enjoy a “hole in one”. Ray supported Mission Hospital Foundation and was originally on the board when it was a private hospital. He also served on the Utilities Commission for the City of SJC and as a city representative on the SOCWA board.

With his busy schedule, he took “down time” seriously and thoroughly enjoyed pleasure cruising. In all, he and Marianne took over 40 cruises and explored the coastlines of Australia, Europe, the Caribbean and North and South America.

In 2019, Ray was diagnosed with multiple myeloma and he passed away December 28, 2020. Marianne, his devoted wife of 62 years, Jeff and Lori, two grandchildren, two great-grandchildren, a sister, six nieces and numerous close relatives and friends survive him.

Throughout his life, Ray was a mentor to many and will be missed by his family and friends.  A celebration of life will occur at a later date. Donations in memory of Ray may be made to SJC Mission Preservation, Mission Hospital or a charity of your choice.

Memories and condolences may be left for the family at Oconnormortuary.com.