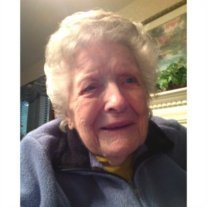 Phyllis was born in Manhattan, New York in 1920. She was the daughter of Mary and William. As a child, Phyllis loved to roller skate. They say she rarely took her skates off and New York’s Central Park was a favorite place to skate. Those sturdy metal roller skates saved her one day when a car suddenly turned a corner and went right over her foot but she was unharmed. Perhaps it was time to give up skates and take up Irish step dancing. Phyllis learned to do a very good Irish Jig. City life was fun. Her father always had a passion to invent, loved planes, and told Phyllis those cartoons in the newspaper of Buck Rogers and spaceships flying to the moon would come true. One day he took Phyllis to an airfield where pilots were making a few extra dollars taking people up for a ride in their plane. Phyllis boarded the plane with a female pilot kind of a rarity in those days. However, the pilot looked like a guy with that leather headset covering the head and short wisps of hair blowing in the breeze. Soaring through the sky, Phyllis had no fear with Daddy alongside. After the tour was over, they thanked the young pilot for the tour in the sky. A few years later Phyllis would learn that the young female pilot who took them soaring through the sky became famous for she was none other than Amelia Earhart.

The Depression era, and war years was hard. Husband, Thomas went off to war while Phyllis worked in the defense plants building transformers by hand. Phyllis was not only fast but accurate. She never had a rejected unit. Experts were called in by the Defense Department to study how she did it.

Phyllis had two children and in the 60’s became a Grandma. The family decided to move West to California. Settling in the Hollywood area there were so many new things to explore especially with two young grandchildren; the Hollywood Bowl just up the street, Disneyland, Knott’s and Farmers Market to name a few.

Phyllis had a passion for knitting. Anytime she heard someone was having a baby, out came the patterns, needles, and yarn and the most perfectly crafted baby set would emerge. Phyllis then turned to Irish knits after being given a book on the history of the various patterns of knots that were woven into fisherman sweaters so that if lost at sea they could be identified by the knots in their sweaters and returned to the town where they came from. The intricacy of these knots and patterns led to some creative pieces given as gifts and church raffle prizes.

After some family tragic events, Phyllis and Son, Tom shared the good times and bad times. The two moved to Orange County finding a house not too far from the ocean that always was a draw for Tom; this being an area often visited together as a peaceful getaway from Los Angeles. Now it was home. Phyllis loved the garden and flowers; Gardenias being her favorite. It was her first house after all the years of apartment dwelling from coast to coast.

Phyllis became ill in 2008 and in the series of years since then, health steadily declined to the point where 24/7 care became necessary for Phyllis. Tom hardly missed an evening after work to visit Mom and Phyllis would light up when he walked into the room. A vase of flowers, especially Gardenias when in bloom, was always present. Phyllis is survived by her Son, Tom who wishes to thank all her caregivers and friends. You know who you are. The Lord puts many Angels in our lives and we all become family. Know you are loved! Phyllis is praying for you now in a very special way. God Bless. I love you Mom!

Vigil will be Thursday, June 13th at 7:00 p.m. at O’Connor Mortuary. Funeral Mass at St. Timothy Catholic Church in Laguna Niguel on Friday, June 14th at 10:00 a.m., with a reception in the Church Hall immediately following.

In lieu of flowers, please make a donation to the Alzheimer’s Association in tribute to Phyllis M. Cooney. They can be reached at 1-800-272-3900.