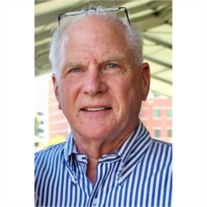 Mr. Donaghy was born on June 14, 1945 in Bryn Mawr, Pennsylvania. He moved from Pennsylvania to Southern California at the age of 4 and remained there for the rest of his life. He graduated from Westchester High School and attended Arizona State University for 2 years before enlisting in the Army in 1967. Upon being honorably discharged as a second lieutenant, he went to work for Hughes Aircraft Company where he spent 25 years. He began his career as the Supervisor of the Magnetic Tape Library and retired as part of the Executive Management of Corporate Data Processing.

He will be missed by his wife Glena, children Ryan and Lauren, mother Charlotte, and brothers Chuck and Tim. He was predeceased by his father Charles.

A funeral service in his honor will be held Monday, October 2nd at 1:00PM at O’Connor Mortuary located at 25301 Alicia Parkway, Laguna Hills, CA.

In lieu of flowers, memorial donations may be made to Wounded Warriors in honor of his livelong commitment to supporting our troops, www.woundedwarriorproject.org.