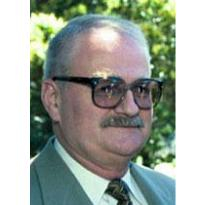 Thank you friends and family for your support and love, which has been
valuable to us in this sad time. In lieu of flowers, charitable donations
may be made in Paul’s memory to:

He is survived by his devoted wife, Cela; his loving mothe, r Anna; his beloved sisters, Kati and Mary;
his loving sons and daughters-in-law, Paul and Kate, Chris and Emilia; his five grandchildren Anna, Paul, James, Clio and Nora; an incredibly large and
loving extended family in California, Hungary, Illinois, DC, Sweden, England and other locations throughout the world; and an even greater network of close friends across the globe from the Catholic Church, the US Military, the Hungarian community, his neighborhoods, his places of employment and many other circles through which people were lucky enough to have known Paul. He was dearly loved and we will all missed him deeply and wish him eternal peace.

We love you Paul!