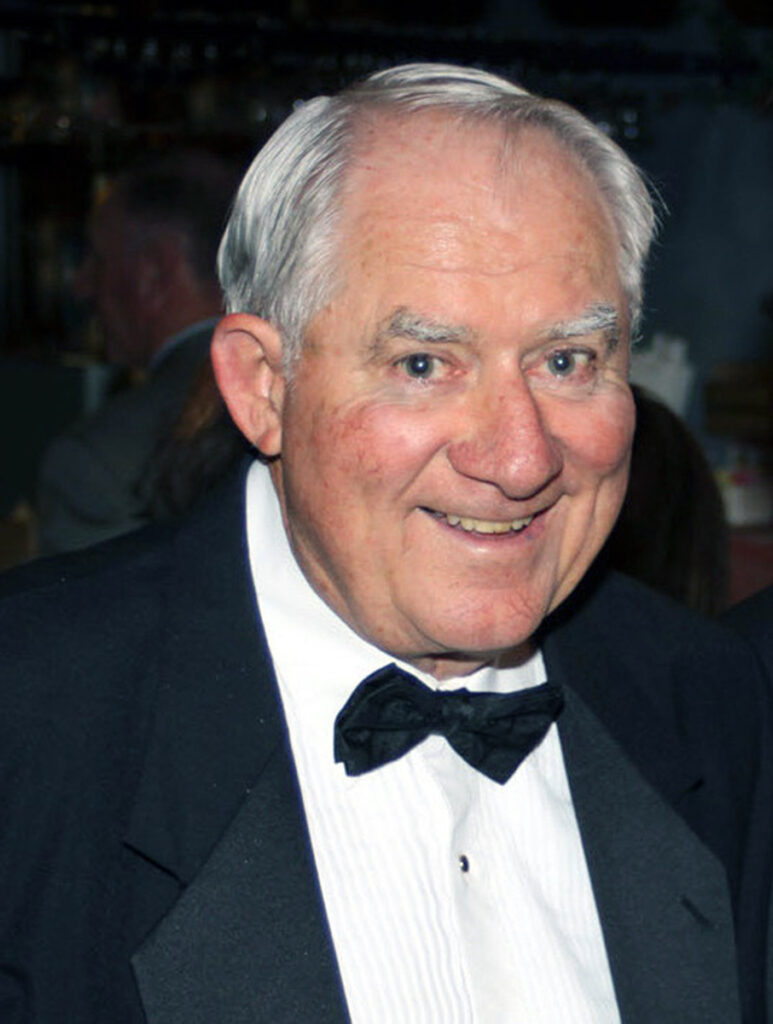 Patrick Joseph Farrell was born April 2, 1932 in St. Paul, MN.  He graduated from Mechanic Arts High School, St. Paul, in 1949 where he was Senior Class Vice President and lettered in Baseball, Basketball and Football.  On October 25, 1952 Pat was united in marriage with Helen Olson at Nativity of Our Lord Catholic Church in St. Paul, MN.  Pat was drafted into the Army and served two years.  Together Pat and Helen raised four children in Minnesota and in June of 1963 they moved to California and settled in Los Alamitos, CA.  Helen and Pat had three more children in CA where he worked for General Telephone Company in Long Beach, CA.

In the Spring of 1964 Pat began a 25-year run of coaching the Twins baseball team at St. Hedwig Little League where the Bronco field was eventually named “Pat Farrell Field”.  The Farrell family were active members of St. Hedwig School and Parish and made many lifelong friends.  Pat also coached after school sports at St. Hedwig including boys’ and girls’ basketball and flag football.  He also coached Pop Warner football in Garden Grove from 1967 through 1971 and the 1969 team won the Orange County Championship!

In the summer of 1974, the Farrell family started an annual tradition of going to Lake Almanor, CA on vacation.  There they enjoyed all types of water actives and sports including fishing, boating, floating, skiing, etc. and golf.  This was also a great way to catch up and reconnect as a family.  The Farrell’s developed many friendships over the years going to the Lake at the same time every year.  Particularly the group that went every year during the last week of July and the first week of August.

Pat and Helen moved to Palmia in 1989 where they made numerous wonderful friends.  They enjoyed many fun filled years of retirement.  They enjoyed traveling the world by air and by sea with their friends.  In addition, Pat enjoyed playing sports in retirement.  He golfed as often as he could, played Senior slow-pitch softball well into his late seventies and played tennis every morning at 7:00 am until he had hip replacement surgery in February of 2017.

Married to the love of his life, Helen, for more than 65 years, Pat was a dedicated husband, father, grandfather, great grandfather, brother, brother-in-law, uncle and friend.  We have learned so many life lessons from him and he has left us all with memories of love and laughter…  Dad / Pat will be greatly missed!