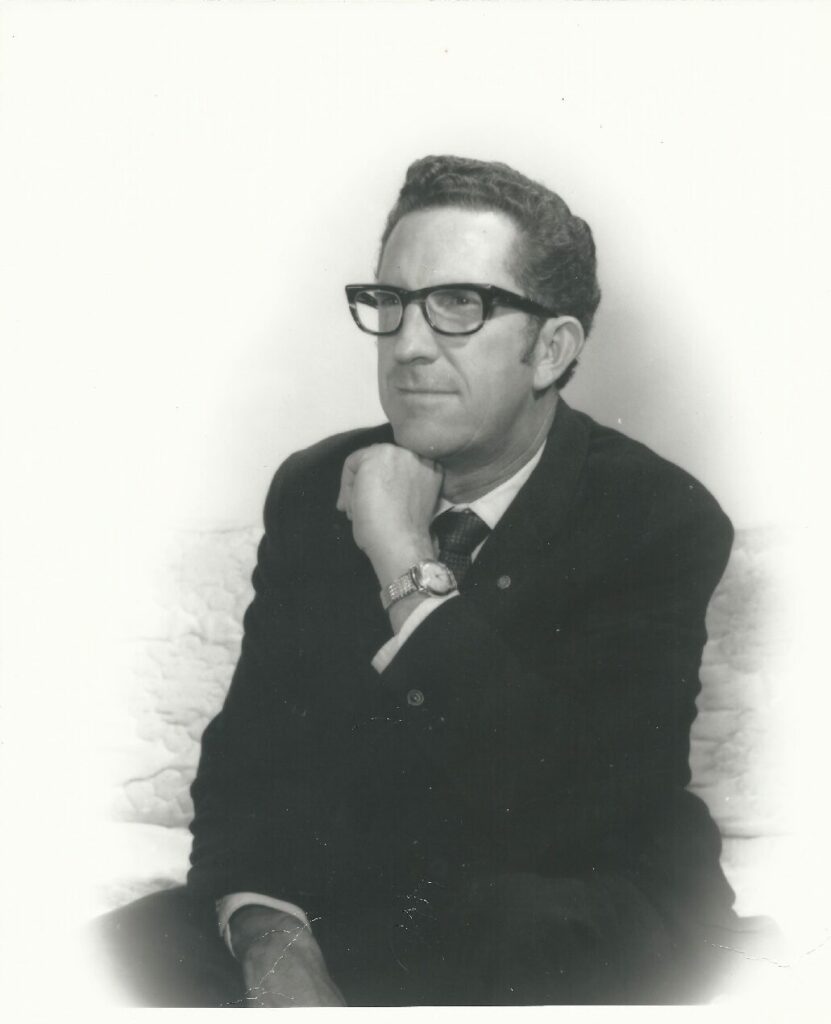 After a long, full, and productive life, Odeen Manning passed away on July 9, 2022, of causes incident to age.

Odeen was born at home in Tremonton Utah on October 16, 1926 to Alfred and Verna Simpson Manning.  He was the third of their six children.  He liked to tell the story that his unusual first name was inspired by a country doctor who attended his family for many years and later became a role model.

While he was still a toddler his family relocated to Hooper Utah, where they lived in “the old Manning home” and eventually acquired their own farm.  Odeen helped to build the home on that farm when he was a young teen.  He told his children and grandchildren that growing up on a farm taught him how to work hard, as there would be chores to do before school and later in the day.  Many years later he turned a downhill slope on a small city lot behind his dream house into a “farm” with fruits, vegetables, chickens, rabbits, bees and even a goat.  “You can take the boy off the farm but you can’t take the ‘farm’ out of the boy!”

He spent his high school years in the shadow of World War II and, shortly after graduating, he enlisted in the US Navy.  After training in San Diego, he shipped out to Saipan, Marianas Islands, turning 18 on the voyage. His assignment was as a flight captain for an F6F Hellcat, readying the plane for each departure. For many years he told the story of a day in August 1945, when all the men in his unit were told to pack their seabags and wait on the tarmac for orders to move closer to the front.  After waiting much of the day, they were told to return to barracks, as plans had changed.  He later learned the “Enola Gay” had taken off from a neighboring island, her fateful flight leading to the end of the war.

After returning home, while still 18, he pondered his next steps.  Working an unrewarding job, he realized he wanted something more and determined he might try physical therapy, so he sold his car and took a bus to Los Angeles, where he knew absolutely no one.  Not long after settling in he met his true love, Lois Mae Clarke, on a church choir trip.  He loved to tell the story of a serious conversation one night, when she asked if he had always wanted to be a physical therapist.  He admitted that he had wished to be a doctor, but he didn’t think he was smart enough.  She said, “How do you know unless you try?”  He didn’t sleep a wink that night, but by morning he knew two things:  he needed to “try” and he wanted to marry her.

Odeen and Lois Mae were married June 24, 1949 in the Salt Lake LDS Temple and, after he enrolled in LA City College to make up high school credits, he used the GI Bill (and they both worked many odd jobs) to attend UCLA and eventually California School of Medicine.  Upon graduating he accepted a preceptorship with Dr. Owen Taylor in Grand Junction, Colorado.  After completion of his ophthalmology training, they returned to southern California and he opened a solo practice in Woodland Hills in 1963, where he remained for 30 years.  In addition to his medical practice, he served in his church in many roles, including Scoutmaster, and in the local Rotary Club.  Odeen also loved to use his skills as a doctor to serve others in need, including giving free eye care on a mini-mission to the Cook Islands in 1969 and several short trips to Mexico with humanitarian groups.

Nearing retirement age, he and Lois Mae acted on a long-held goal to serve a mission for the Church of Jesus Christ of Latter-Day Saints.  In 1993 they accepted a call to Accra, Ghana.  They traveled to outlying areas in “the bush”, offering health screenings, health education and simple procedures.  Odeen was also able to train local doctors in surgical techniques and work with the Deseret Foundation to establish a clinic.  He later served a second mission in 2002-3 as Area Medical Advisor, with his wife as his companion, based in Johannesburg, caring for the needs of missionaries in several missions in the southern part of Africa.

After returning from Ghana in 1995 they retired to St. George, Utah.  He became involved in community service, including hosting duties at a historical site, singing in the Southern Utah Heritage Choir, taking geology classes at the local college and serving in various positions in his church.  Odeen also enjoyed volunteering at the Family History Center.  He and Lois Mae had many close friends and cherished memories of the 24 years spent in St. George.

After the passing of his wife on June 24, 2019 (their 70th anniversary) Odeen spent his last years living with two of his daughters, Genna and Elizabeth, and visiting other family members as often as possible.

Odeen was preceded in death by his parents, Alfred and Verna, and siblings Elwood, Helen, Darlene and Barbara.  He is survived by his brother, Harold, and his five children and their spouses:  Susan (Brent) Hawkins, Clarke (Carrie) Manning, Elizabeth (David) McCombs, Curtis (Susan) Manning and Genevieve (Ryan) Sherman.  He also leaves 26 grandchildren and 26 great-grandchildren.

Funeral services will be held at the Church of Jesus Christ of Latter-Day Saints, 470 Camino San Clemente, San Clemente CA on July 23, at 10:00 am, with visitation at 9:00 am.  Interment will be at Forest Lawn, Hollywood Hills.

In place of flowers, donations may be made to the LDS Humanitarian Fund at www.churchofjesuschrist.org or the Southern Utah Heritage Choir at www.heritagechoir.org. 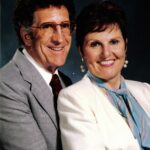 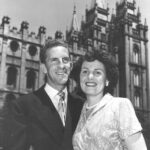 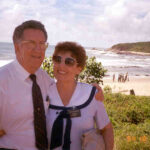 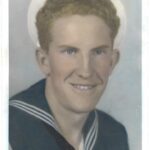 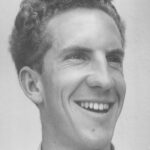 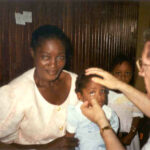 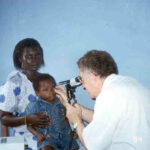