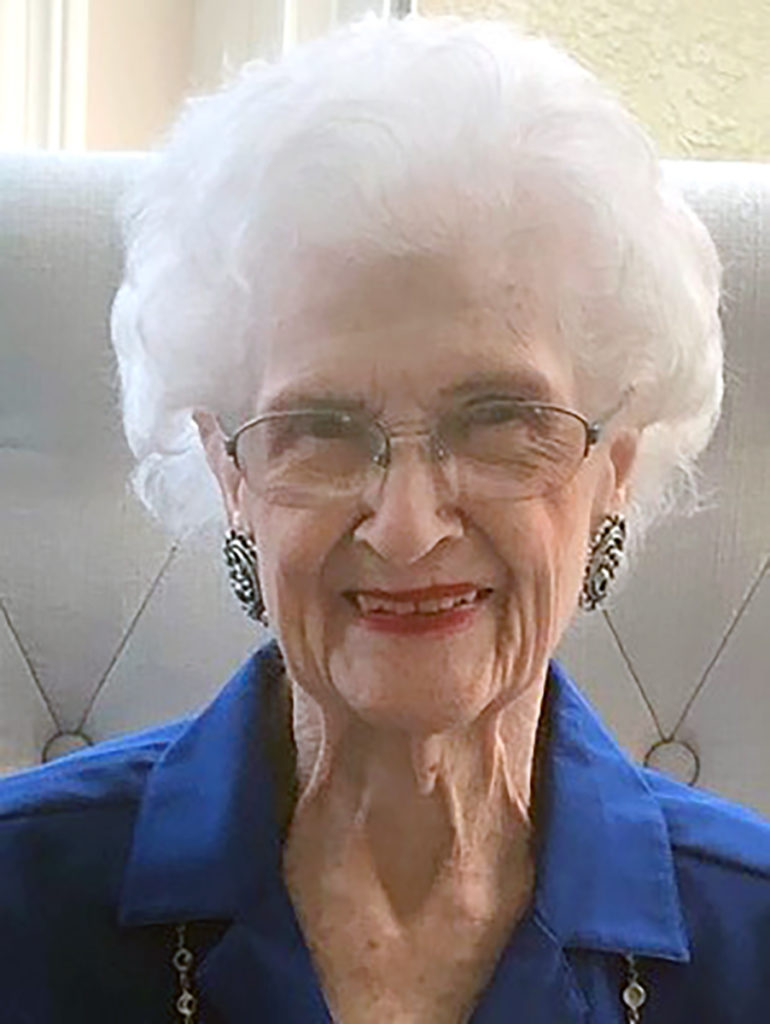 Norma was born in her parent’s small farm house near Conway, MO on May 31, 1921.  She shared farm life with her parents, Hershel and Grace, her sisters, Leona and Lorene, and her brother, Norice.  As a child, Norma attended elementary school in a one room school house and often mentioned that the children had to walk 7 miles to and from school through rain, wind, snow and hot sun!

After graduating from high school, Norma decided to pursue nursing.   She attended the nursing school at Johnson Hospital in Chanute, Kansas.  After about a year, the school at Johnson Hospital closed and Norma transferred to Kansas University for the rest of her nursing studies.   Following graduation, she was employed as Assistant Supervisor of surgery at Kansas University Hospital.   At that time, however, nurses were constantly reminded that“,. if you are a Registered Nurse between the ages of 21 and 40, Uncle Sam wants YOU !”   So, Norma enlisted in the Army Nurse Corps in 1945 and went to Camp Carson, at Colorado Springs, CO for Basic Training.

Following Basic Training, Norma was assigned to Surgery at Fitzsimmons General Hospital in Denver, CO, where she assisted the Chief of Staff in the operating room.   At an Officer’s Club dance on base, in late 1946, Norma met a young Army-Air Force Lieutenant, Walter Schulte, who had sustained injury while in Prison Camp in Germany.  They fell in love with one another, and on February 21, 1947, they were married in the Chapel on base.

Upon leaving the military Norma and Walter moved around between Southern California and Phoenix while Walter completed his education.   Throughout his schooling, she worked as a nurse in various hospitals in labor and delivery, surgery, and the emergency room.  While raising their two children, Norma continued to volunteer as an in-take nurse for Red Cross Blood Banks.

Norma thoroughly enjoyed being a wife and mother.  Once her children were educated and on their own, Norma loved to remodel houses with Walter, work in their gardens, can their home-grown fruits, travel and give care to the sick and elderly.  She looked forward to participating in the Army Air Force 385th Bomb Group alumni association reunions and trips to Europe where Walter had been stationed and confined to prison camp.

In lieu of flowers, a scholarship fund has been set-up at the Kansas University School of Nursing.  Anyone wishing to honor Norma for her life of service to others can donate any amount to:

Online contributions may be made at www.kuendowment.org/give