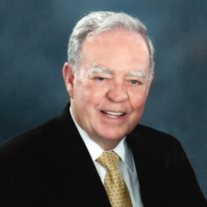 In 1958, he married Catharina (Tina) Alida Mater and they had four children and six grandchildren. His favorite pastimes included selling cranes and talking to people.

Neil and Tina moved to Southern California in 1962 to pursue his construction career, building bridges, roads and pouring concrete all over California. Neil eventually started to work for Grove Cranes in 1974 as a National Accounts Manager. In 1977, he moved to the Philadelphia area to work for Stewart Equipment where he proceeded to sell cranes all over the world. In 1982, Neil started Goodale Crane and Equipment in Eagle, Pennsylvania. In 1994, he returned to California to work for Coast Crane as the Vice President and General Manager of Southern California until he retired in November 2011.

Neil is survived by his wife Tina, his daughter Lynn Goodale, his son Neil Goodale (Barbara), his daughter Lisa Ann Ossman (Dave), his six grandchildren: Christopher Goodale, Katie Bird, Ian Goodale, Brienna Ossman, Ben Goodale, and David Ossman, his sister Betty Jean Prosser, and his brothers Lonald Goodale (June), Brien Goodale (Donna), and Daniel Goodale (Marsha), and many nieces and nephews. He is preceded in death by his parents Lloyd and Margaret and his son Brien.

The funeral mass will be held at Our Lady of Fatima on Wednesday, September 17th at 10:30 a.m. in San Clemente.

In lieu of flowers, please send donations to www.compasionatefriends.org or your favorite charity.