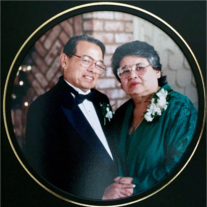 Nancy was born on 16 May 1931 in the Dutch East Indies (Indonesia) to her father D.J.B. “Bert” Wolterbeek of the Royal Dutch Army and her mother, Wilhelmina. Growing up an “army brat” with her brothers Rudy, Ferry and eventually Casjmir, as well as with her sisters Connie and Leny, she participated in many tropical adventures in the islands while attending school, and met William, the love of her life who would eventually become her husband.

When the Japanese Empire invaded Indonesia during World War II, she was captured as a Prisoner of War and her family was interned under torturous conditions in concentration camps until they were eventually liberated and allowed safe passage to Holland. Since Holland was much colder than Indonesia, they decided to seek a better life and the promise of “The American Dream”. They legally immigrated to the United States together. They landed in New York, moved to Indiana, and eventually settled down in sunny Southern California and became US Citizens.

They raised their son, Jeff, together, and Nancy spent her life taking care of others, professionally as nurse at Verdugo Hills Hospital, and personally taking care of her beloved “Wim”, who passed away in 1997; they had been married for 45 years. She became a mother-in-law to Cindi, and an Oma, first to her grandson Nick, and then to her granddaughter Ashley, but if you have spent any time at all with her, you already know that because she could never stop talking about them (or the dogs Darth and Think).

She had a passion for food. She never came empty handed, often cooking all night for special occasions, and if you came over, you would never leave hungry and would have plenty to take with you…no recipes, though, all top secret from memory.

But most importantly, she overcame adversity and hardship time and time again, whether it was being a POW, widow, cancer or any number of medical issues – she refused to let any obstacle stand in her way, always reminding us to choose love and joy instead of giving up, and reinforcing that God will help you deal with whatever hard things come up when the time comes, all you have to do is pray. Your love and legacy will always be in our hearts. Selamat Jalan, Oma!

In lieu of flowers, donations can be made in her name to the Jessie Rees Foundation at http://negu.org

Immediately following the graveside ceremony, please join us for an Indonesian rijsttafel at the Orange County Great Park Farm + Food Lab. The reception is located only about 6.5 miles away, and is set a unique picturesque garden, easily accessible to everyone young and old, with ample covered and shaded seating. What better way to conclude the celebration of life of one of the last true Indo matriarchs, than enjoying a traditional meal together before we see each other again. Maps and directions will be available at the ceremony.