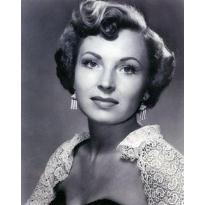 Mildred Ray Shirley Springer, of Irvine, CA passed away on Wednesday, April 08, 2009, at the age of 87. Mildred and husband Lloyd, lived in Fresno for over 37 years before moving to Irvine in 2004.

Mildred was born and raised in Portland, Oregon and was the eldest of 7 children. Growing up, Mildred had a love for gardens, selling corn from her home, teaching tap dance lessons, and learning to sew, crochet, knit, and cook from her mother. She became interested in music and began to play the bass. At an early age, Mildred started playing in dance bands which eventually led her to traveling the U.S. as a bassist and vocalist, with bands Hazel Fisher All Girl Band, Ada Lenard all Girl Orchestra who performed for USO shows during World War II, had a Hollywood contract with RKO Studios, and appeared regularly on KTTV television; Ina Ray Hutton, Jack Teagarten Orchestra, Franki Carl and his Girlfriends, and George Liberace. It was while she was on the road in Southern California that she met her husband Lloyd Ray Springer, who was traveling with the Eddie Miller Band. They were married Sept. 11, 1945 and shared 62 years together. Mildred and Lloyd continued their love in the music business throughout their lives and were both life time members of the Professional Musician’s Union Local 47, Hollywood, CA. They had a bursting life filled with work and their five children. While living in So. CA, Mildred and Lloyd enjoyed studio jobs and occasional movie work in live orchestras. Mildred appeared in, ‘Goodbye My Fancy’, with Joan Crawford and Robert Young and ‘My Dream is Yours’, with Doris Day, Jack Carson, Eve Arden, and the Ada Lenard Orchestra. During the 60’s, Mildred was a bassist and vocalist for George Liberace at the Hollywood Roosevelt Hotel, in Hollywood, CA. She and her husband both played bass, side by side in the Fresno Philharmonic during the 70’s. While music filled most of Mildred’s professional life, she received her Jr. College degree in Psychology while living with her family in San Jose, CA. While in Fresno, she became a LVN and was employed by The California Armenian Home of Fresno until her retirement. Mildred was a gifted artist and enjoyed oil and acrylic painting, work in ceramics, and home decorating. Like her husband, Mildred had a great sense of humor, smile, and positive demeanor. She was very proud of her family. She will be greatly missed.