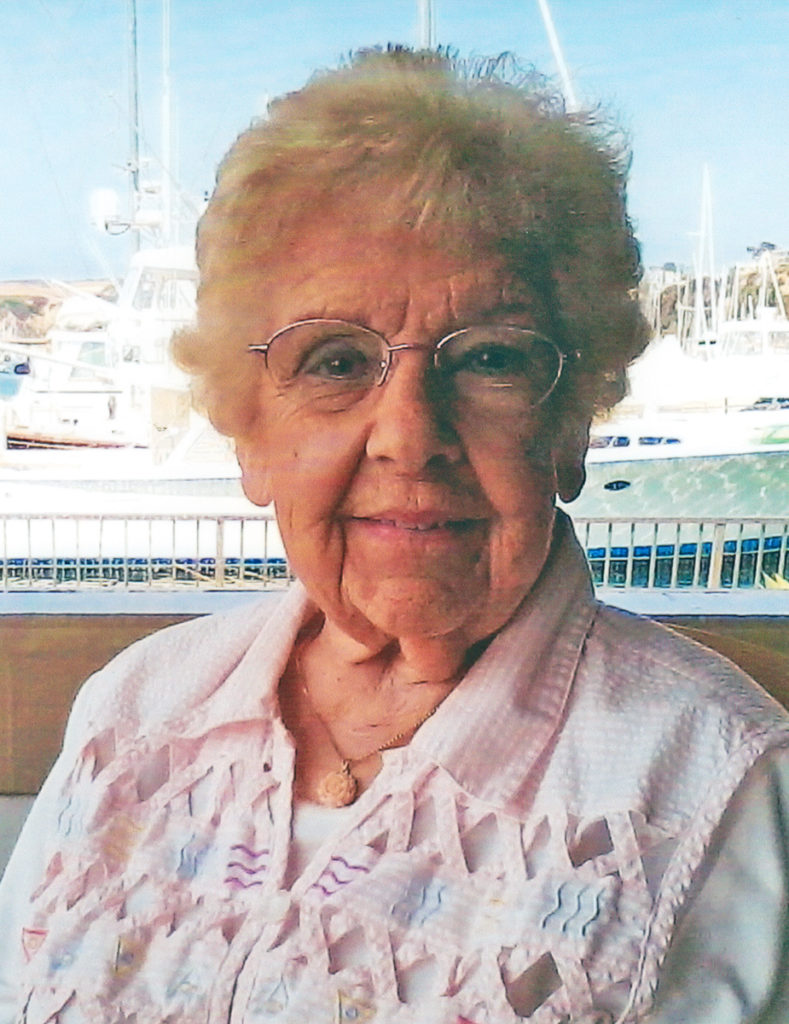 Mildred was born on September 12th, 1919, in Detroit Michigan to William and Rhoda Pether. She is preceded in death by her parents, 1 brother and 2 sisters, as well as many nieces and nephews.

She graduated from Cooley High School and married her childhood sweetheart (Stewart) June 28, 1941 at Emanuel Episcopal Church in Detroit after a long courtship. At the time of Stewart’s death in 2010 they were celebrating 691/2 years of marriage.

In 1963 Mildred began her passion for volunteer work. She started working almost full time as a volunteer at Metropolitan Society for Crippled Children. She volunteered for almost 11 years with the last 6 years being the Director of volunteers. In those 11 years she worked over 7000 hours. Before moving to California She also volunteered in various capacities at Beaumont Hospital. In 1980 when she and Stewart moved California she continued her passion and volunteered at the Saddleback Hospital Thrift shop and the Mount of Olives Adult Day Center. She became a member of Mt. Of Olives in 1980.

Besides being active as a volunteer she also filled her spare time with an abundance of hobbies and special interests. Some of her hobbies included sewing, embroidering, swimming, golfing, and making Christmas ornaments.

Travel was also a focal point in her life that took her to the Hawaiian Islands, the Bahamas, Africa, Ireland, England, the Canary Islands, Egypt, Israel, Mexico, and 40 of the lower 48 states.

Mildred was a lover of life and always had a smile on her face, life, a sense of humor, never knew a stranger, these were the blessings she left for all of us who came in contact with her. She had a special gift of bringing joy to anyone’s day. Most of all, she left an amazing legacy of love to her family and friends. She will be missed

She is survived by her sons William (Joan), Thomas, Grandson Billy and Great Grandson Evan.

In lieu of flowers, the family asks donations be made to a charity of your choice or Mount Of Olives Lutheran Church.