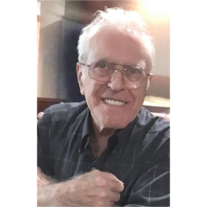 Michael was born on March 5, 1932 in Brooklyn, New York to parents, Ralph and Florence Antino. He served in the US Army from 1949 to 1953, spending two years stationed in Okinawa during the Korean War. In 1954 he married Dolores D’Angelo who was the love of his life. They were married for 60 years before her passing on December 12, 2014. Michael loved life, smiling, singing, spending time with his family, his religion, baseball and making people laugh.

Michael will be buried in a private ceremony on January 9, 2017. A mass will take place at St. Nicholas Catholic Church in Laguna Hills on January 9th at 9:00 a.m, followed by a graveside service at 10:30am. In lieu of flowers, please make a donation in his honor to ThanksUSA or to St. Jude’s Children’s Hospital.