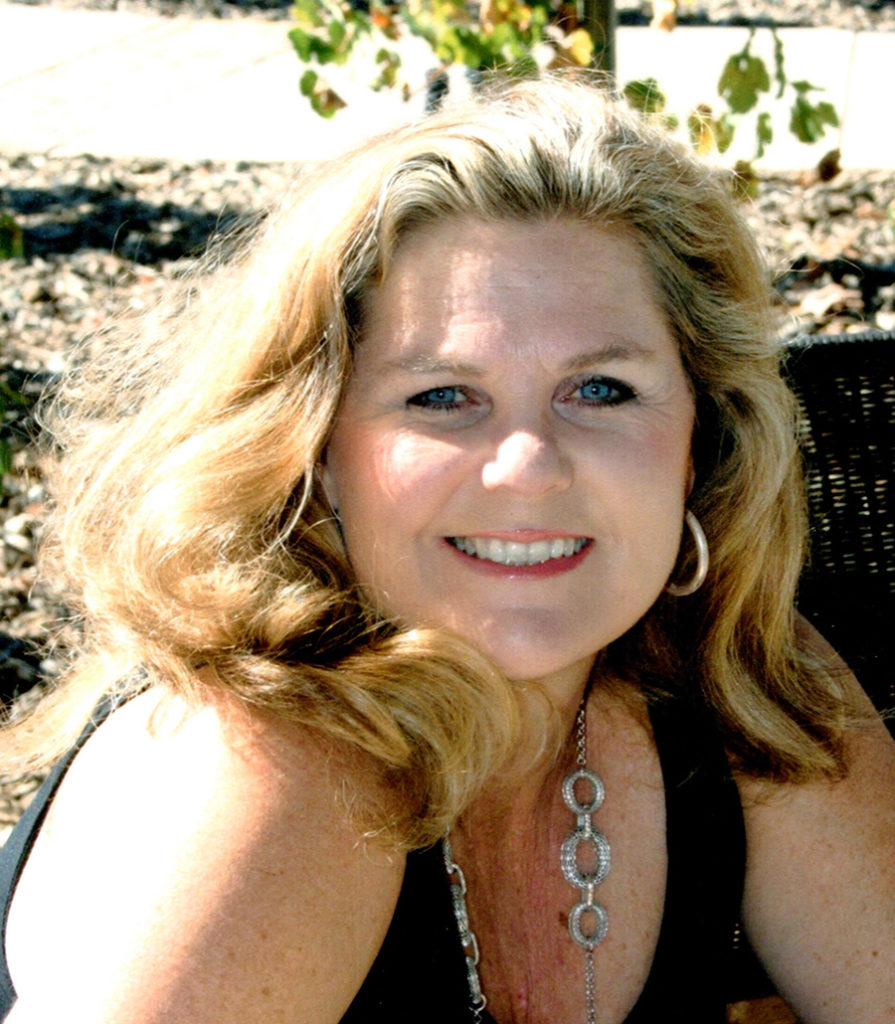 Melinda Kay Keane, 59, passed away on the morning of May 29, in Dana Point, CA. She was the wife of Family Circus cartoonist Jeff and a loving mother to her three children – Spencer, Matilda, and Olivia. Melinda was an accomplished costume designer, seamstress, and educator at St. Margaret’s Episcopal School in San Juan Capistrano and ran her own costume design and rental business – Keane Designs. She fought a valiant two-year battle with brain cancer (glioblastoma), smiling, laughing, and enjoying life throughout.

Melinda was born on December 20, 1960 in Oakland, CA to David and Marjorie Wilson. She grew up in many cities during her childhood before the Wilson family finally settled in Sacramento. Melinda studied acting at CSU Long Beach, graduating with her BA in 1984. That same year she met her husband, Jeff, when they were cast together in The Shadow Box at LBCC Repertory Theatre. After playing newlyweds in Barefoot in the Park at the Westchester Playhouse, they married in October 1988 and settled in Laguna Niguel. Melinda put her career on hold to raise their three children, until she began her costuming. She expertly balanced motherhood, work, volunteering for charities, and friendships.

Melinda created thousands of costumes for children’s theater productions at St. Margaret’s starting in 2001. Notable shows included Les Miserable, The Lion King, Beauty and the Beast, andThe Little Mermaid. Melinda shared her love of costuming, theater, and singing with hundreds of students including her own children. She taught students to sew and design costumes during summer sewing classes as well as mentored multiple student apprentices. This laid the foundation for the success of those going into the theater, entertainment, costuming, and makeup industry.

“Mama Keane,” as she came to be known, knew how to enjoy life to the fullest and gave her love to everyone. Glass of wine in-hand, Mama Keane could often be found at home cooking meals for friends and family, singing Broadway tunes, creating floral arrangements for weddings, and doting on her dog, Opal. She loved to travel and particularly enjoyed her family vacations to Hawaii and adventures in Europe.

Melinda was the rock of her family and showed tremendous courage, strength, and joy during her battle with cancer. Her philosophy was summed up by one of her children:

“Love a lot. Dance in the kitchen. Sing when you want. Say what you want. Don’t care too much of what other people think. Always pet the dog. Eat on the fancy plates. And just go for it!”

Melinda is survived by Jeff and her three children, her brother David and his wife Susan, her sister Jeanene, and her mother Marjorie. A celebration of life will be held at St. Margaret’s Episcopal School in the future. A scholarship fund will also be created in Melinda’s honor.