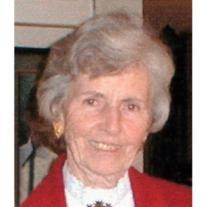 Mathilde and Hellmut emigrated to the USA from Germany in 1956 and from there were based in numerous locales in Europe, the USA and Saudi Arabia due to Hellmut’s work. Mathilde thoroughly enjoyed all the friends she found and had stayed in touch with throughout the world.

She will be missed tremendously by her sister Margot Barthel, her son Stephen, daughter Angie Wheat, grandson Eric Wheat and niece Charlotte Barthel.

A memorial service will be held Thursday, May 10, 2012 at 4 pm at O’Connor Mortuary in Laguna Hills, CA.