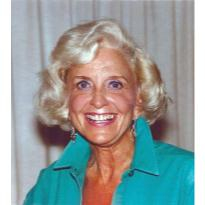 As an adult she took some college classes and eventually joined the Navy as a WAC in 1944 and was honorably discharged in 1945 after the war ended. She was always very proud of being a veteran, and serving her country,

Mary went on to marry Conrad Budde and had three children, Joanne, Greg and Kevin. Sadly, Joanne died at eighteen months old. She has six grandchildren, Christopher, Jeremy, Emily, Brandon, Ashton and Cammie, as will as two great-grandkids.

Mary worked as a travel agent for over twenty years, and really enjoyed seeing the world, especially her beloved Ireland. She was very involved with the VA and the American Legion. She even took computer classes at the VA every week, when she got her first computer many years ago. She always liked to keep learning. Her favorite past time was of course just being with her family, her grandkids and her favorite glass of scotch .

She will be missed, but not forgotten as we will remember the good times we shared with her.