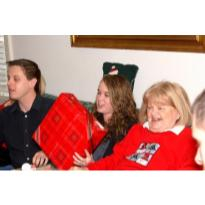 Peggy was born in Burlington, Iowa to George and Katherine Eversman, the third of five children. Susan, George, John, and Richard were her siblings. She graduated from St. Paul’s High School, received an A.A. degree from Burlington Jr. College and her B.A. from Maryville College. While at B.J.C. she met Don Dixie Howells and their love lasted until her passing. They were married on July 30, 1949 upon finishing college.

Peggy’s pride was and is her four children and ten grandchildren. Don was born on November 7, 1950; Kathy on February 7, 1952; Dave on June 5, 1954; and Tim on June 7, 1957. Don married Denise Carabet on July 28, 1979 Dana and Drew. Kathy married Tom Garcia on August 18, 1979 Natalie, Adrienne and Alex. Dave married Candice Hunt on January 6, 1979 Joseph and Jonathan. Tim married Cynthia Reynolds on October 11, 1986 Tim, Meghan and Matthew. Peggy and Dixie started their married life living in Chicago. They moved to Canton, IL in 1950, where Don, Kathy and Dave were born. In 1955 they returned home to Burlington where Tim was born. The next move was to Anaheim, CA in 1964, and finally to Mission Viejo, CA in 1993, where they resided until Peggy’s passing. After the children married, Peggy enjoyed assisting teachers at Adelaide Price School in Anaheim.

Peggy succumbed to a cardiac arrest after battling congestive heart failure for ten years along with breast cancer. She was a wonderful wife, mother and grandmother. The world is a lesser place without her.